July 17, 2009 / nwi.com — POP ARTIST PETER MAX is as easy-going, cheerful and accessible as his signature neon-bright paintings of hearts, flags and the Statue of Liberty. The genial ’60s icon loves to talk – about Woodstock, contemporaries like Andy Warhol and Keith Haring, and his work with the Beatles on Yellow Submarine. But his favorite topic, endearingly, is his Muse – wife Mary Max.

“She’s so stunning,” he sighed, sounding 17 instead of 71. How’d they meet? Max exited his New York studio one day about a decade ago and spotted one Mary Baldwin chatting with friends on the sidewalk.

She was no stranger: he’d doodled her exact profile for years. Max rushed into his studio, returned with a drawing and handed it to the stranger, blurting, “I’ve been drawing you all my life.” His crush was politely unimpressed. “Her friends said to her, ‘That’s Peter Max!’ And she said, `Who?'”

He gave her his number, fretted until she called, then coaxed her to go to lunch. And that was that.

“I remember reaching over the table, kind of clumsy, and putting my palms on each side of her face and saying, ‘I’ll take care of you for the rest of your life,'” he said. “And she put her hands on my hands and said, `You’re in good hands with me.'”

They married the next year.

“Muse: a source of inspiration” — Pop artist Peter Max says his Muse is his wife, Mary. Who or what is your artistic Muse? 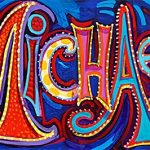 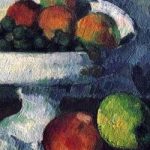