A self-trained artist, Rob Kaz is known for his lush artwork inspired by his background in animation. His love for using character and light to tell a story are evident in every detail of his paintings. Today, his art can be found in galleries and private collections around the world. 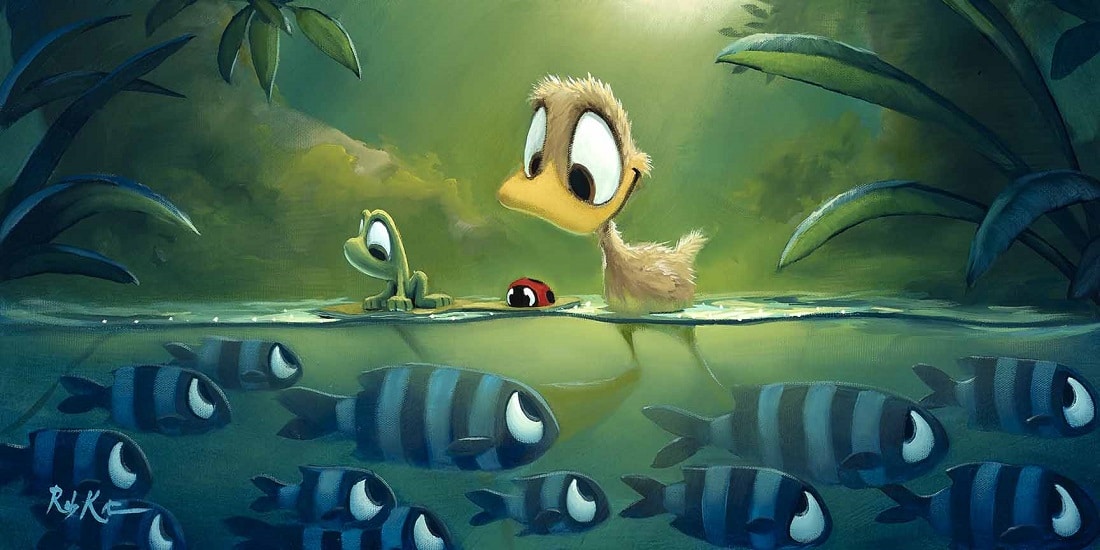 Kaz grew up in New Jersey where he enjoyed surfing, skating, and hockey. After many cold and snowy winters, Kaz sought warmer weather when deciding on a college and wound up in Orlando where he earned a B.S. in Criminal Justice from the University of Central Florida.

After his post-graduation hopes of working in criminal justice came to a halt with a government hiring freeze, fate stepped in and Kaz began working for a number of small animation studios in the Central Florida area. 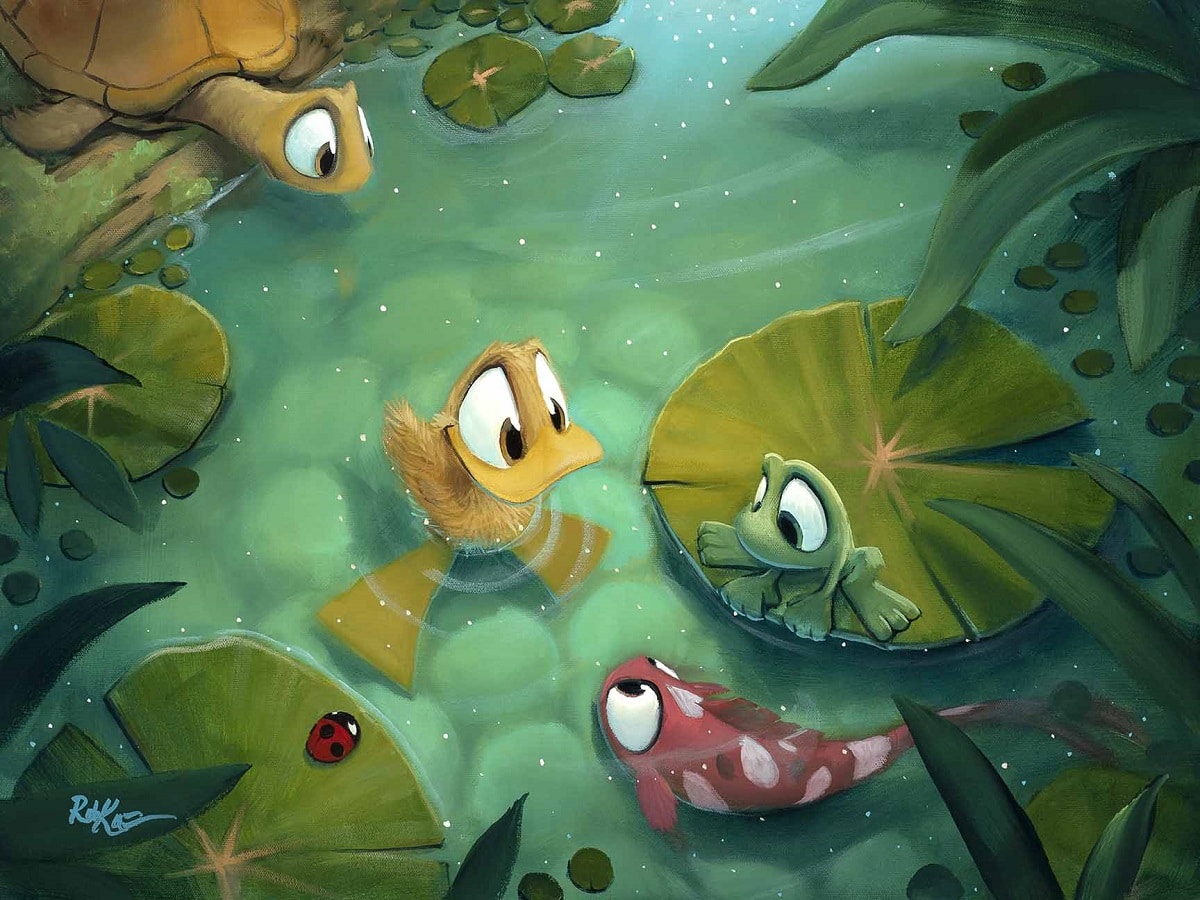 Because Disney had recently closed their Florida-based animation studios, Kaz found himself working alongside, what he refers to as, “quite possibly the most talented artists I’ve ever known, right there in those small studios. Their influence proved invaluable.”

As his career continued to take a new direction with animation, Kaz had the opportunity to work in many areas of film production. In particular, his time spent working with character creation and environments heavily influenced his painting style. 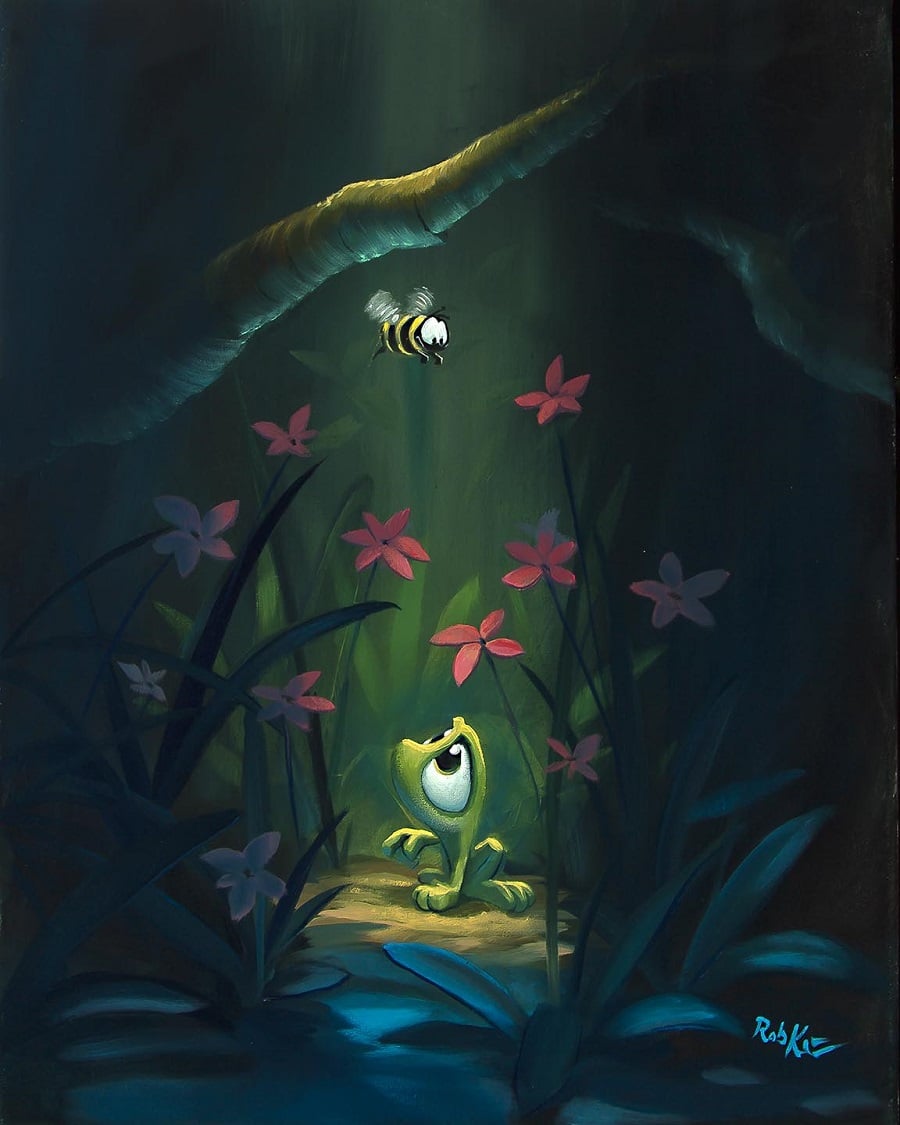 For some time, Kaz worked as a character artist for Electronic Arts (EA Sports Tiburon), one of the leading sports entertainment brands in the world, on many of their top-selling video game franchises. While at EA, he created human likenesses in games such as Madden NFL Football and NCAA® Football.

When Kaz took a leap of faith and began his fine art career, he knew one thing for certain: “I want people to be happy when they look at my work, so I create stories that personally make me smile or laugh. But I also want people to notice the technical side of my paintings. I put a lot of emphasis on lighting, composition, and color when I paint. I think all of these aspects ultimately play a factor in deciding the emotional outcome of a finished painting.”

When Kaz paints, he imagines “places he’d rather be” and he imagines “friends along the way.” Both are recurring themes throughout Kaz’s body of work and thus his paintings easily fall into one of the two categories (if not both).

One particular “friend” is Beauregard the frog. Since his inception in the artworks “Hey You” and “Hey Me,” Beau has appeared in every single painting Kaz has created. If a painting is not focused solely around Beau, Kaz will oftentimes hide him in the painting—Kaz’s fans have a lot of fun trying to be the first to find Beauregard in the release of each new painting. 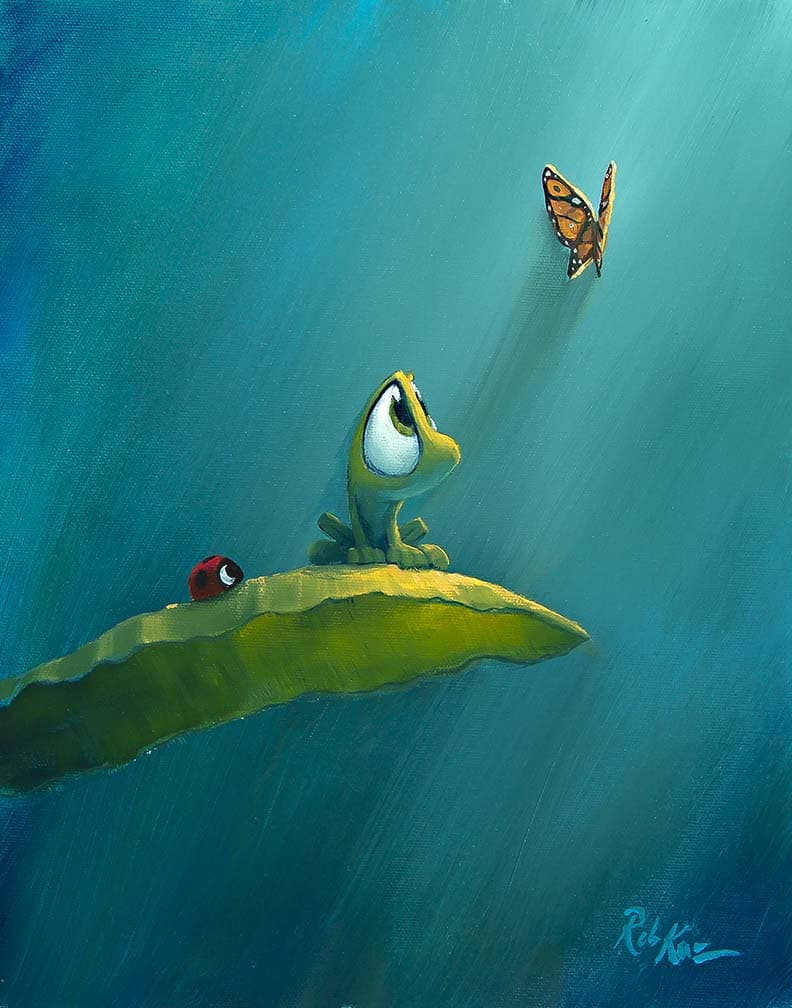 Today, Kaz’s work is a mirror of his background in animation. He is one of only a few artists granted the unique opportunity and license to paint Disney films—Kaz is a Legacy artist with Disney Fine Art.

“I am one of the biggest fans of animation art you’ll meet and being able to paint Disney is really an honor,” he says. “I have had the privilege of working with many Disney artists and they inspired me to make the transition from animation to fine art.”

With each Disney painting he begins, Kaz sets the ultimate goal. “I want to have the story creators and animators of the movie see my work and give a thumbs-up. In no way do I wish to dishonor their masterpieces.”

Kaz has held many jobs—candy maker, movie projectionist, bike repairman, and bar-back—but, by far, being an artist is the happiest he’s ever been. 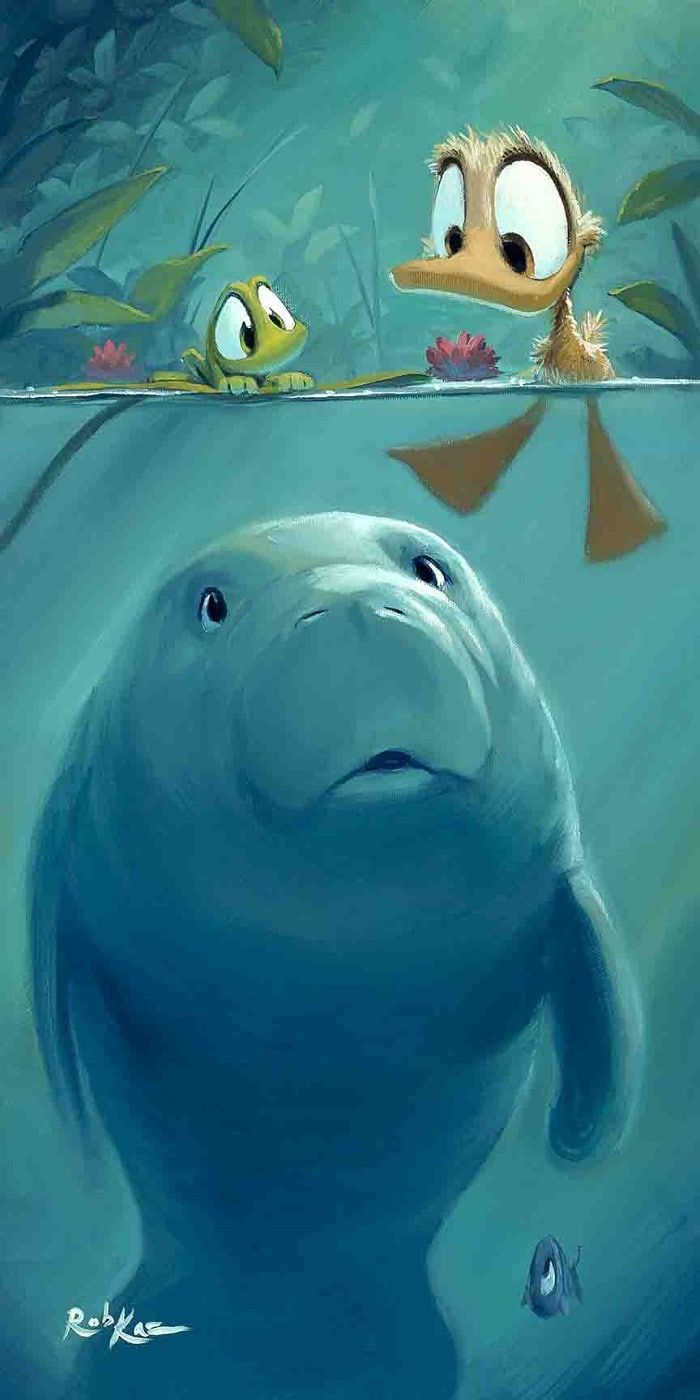 Storytelling is an essential skill for any artist. They need to be able to convey mood, tone, and sometimes even whole narratives in just one lone image on a canvas. Fortunately for Rob Kaz, he’s [...]