A true original, Kat Tatz is a self-made artist from Las Vegas who has attracted worldwide attention for her whimsical, surrealistic creations. Today, her artwork appears at many Vegas institutions and, in 2021, she was the first-ever winner of Park West Gallery’s inaugural “Made in Vegas” artist competition. 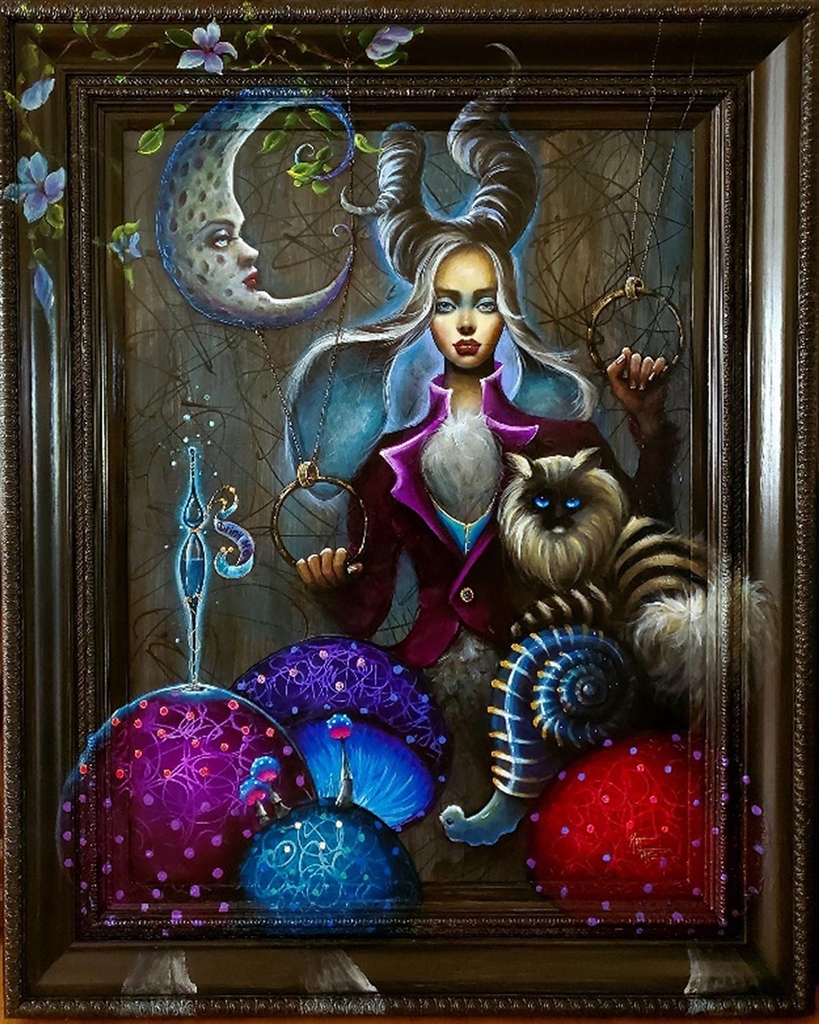 Tatz developed a love of art at a young age, giving her a lifetime to experiment with different mediums and perfect her signature style and techniques. She comes from a family of artists—her father and grandfather were painters and sculptors, and her mother sculpted porcelain dolls. One of Tatz’s first memories was her father teaching her how to draw a portrait at the kitchen table.

To develop her skills, she studied art at the University of Nevada, Las Vegas and received additional formal training by attending artist workshops around the country.

Tatz found early inspiration in the aesthetic of her famous hometown. She cites entertainers like Elvis, Frank Sinatra, Wayne Newton, and the iconic Las Vegas showgirls as influences on her imagery. 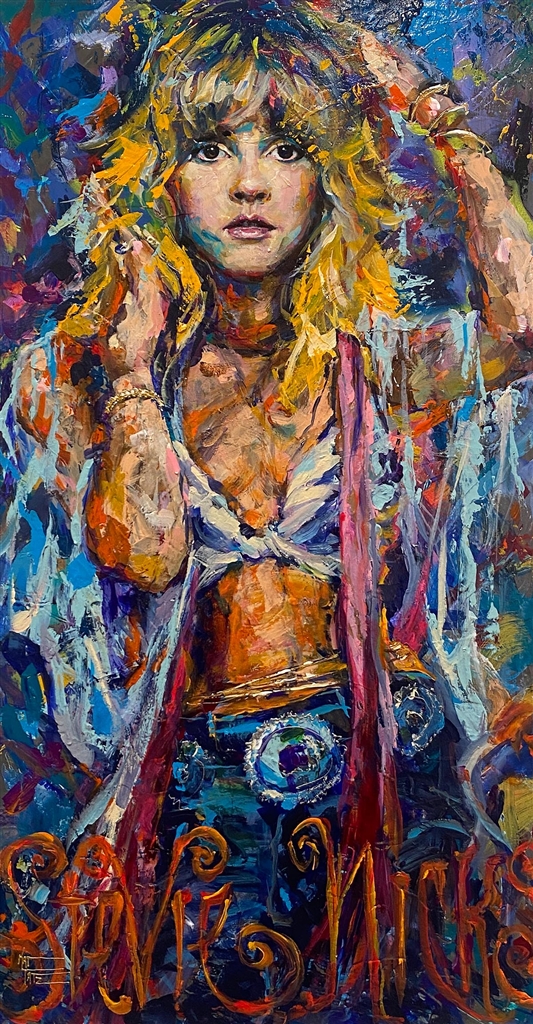 Her range of expertise includes a variety of artistic mediums including oils, acrylics, color pencils, and sculpture. Now married and a mother to two sons, Tatz works from her studio or on site, bringing over 25 years of experience to every work she creates. 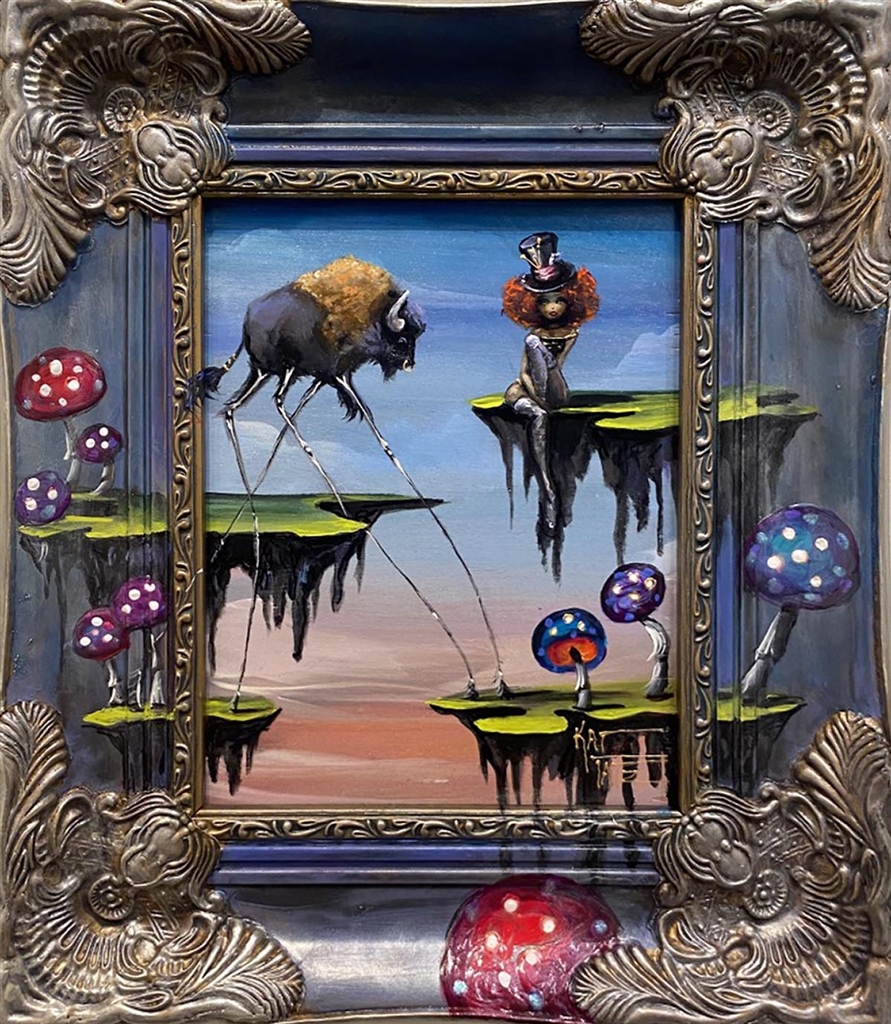 “A Bison in Wonderland” by Kat Tatz

Her artwork has been seen on HGTV’s DIY to the Rescue and appears internationally at Art Space & Design in Canada. In Las Vegas, her art appears inside the Grand Canal Shoppes at the Venetian, at Tivoli Village, at the Mandalay Bay Hotel and Casino, at Centennial Hospital, and at Park West Gallery inside the Forum Shops at Caesars Palace. Her creations are also featured inside Las Vegas’ Allegiant Stadium—every artist for the stadium was hand-picked by its art director, famed artist Michael Godard.

In 2021, following hundreds of submissions and weeks of voting, the Park West Fine Art Museum & Gallery in Vegas announced Tatz as the winner of its inaugural “Made in Vegas” art competition. Tatz, who was selected from nearly 500 artists who entered, received a contract offer from Park West and a 3-month exhibition of her artwork. 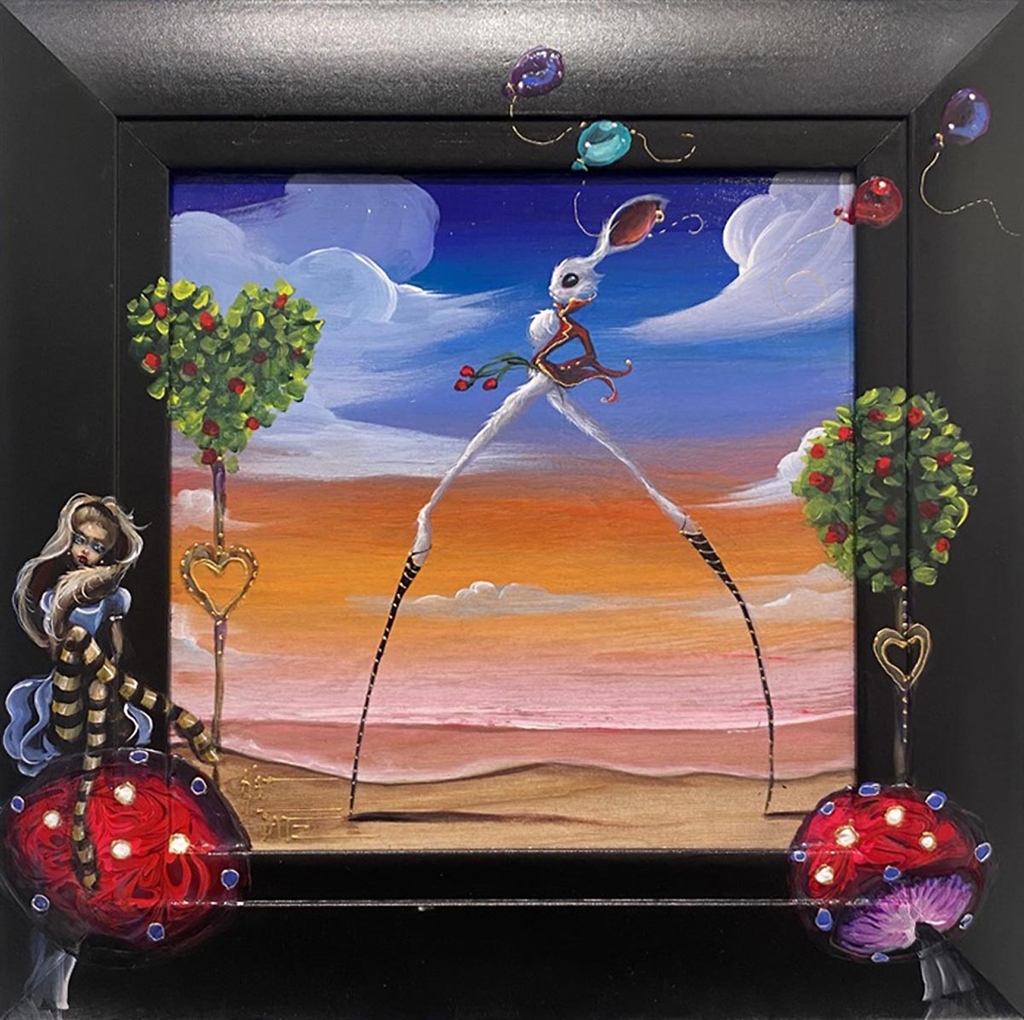 “On the Loose” by Kat Tatz

“We were thrilled to name Kat Tatz as the winner of our inaugural ‘Made in Vegas’ art competition,” said Park West’s Executive Vice President John Block, “The diversity and uniqueness of her work immediately stood out among the art submissions and those are qualities we’re constantly searching for with artists around the world.”

“I’m so grateful and humbled to have been selected as the winner of Park West Gallery’s ‘Made in Vegas’ contest,” said Tatz. “I want to thank everyone who came out to vote and made this wonderful opportunity a reality. It’s truly an honor.”

If you interested in collecting the art of Kat Tatz, you can contact Park West’s gallery consultants at (800) 521-9654 ext. 4 or sales@parkwestgallery.com

Artist Kat Tatz has grabbed the attention of Las Vegas locals with her whimsically abstract paintings, and Park West Gallery was thrilled to formally welcome Kat to the Park West family this past [...]

Following hundreds of submissions and weeks of voting, the Park West Fine Art Museum & Gallery in Las Vegas is proud to announce Kat Tatz as the winner of its inaugural Made in Vegas art [...]