Inspired by nature and his 60 pet birds, Hunt Slonem is renowned for his distinct neo-expressionist style. He is best known for his series of bunnies, butterflies, and tropical birds, as well as his large-scale sculptures and restorations of forgotten historic homes. Slonem’s works can be found in the permanent collections of 250 museums around the world, including the Solomon R. Guggenheim Museum, the Metropolitan Museum of Art in New York City, the Whitney, the Miro Foundation and the New Orleans Museum of Art. 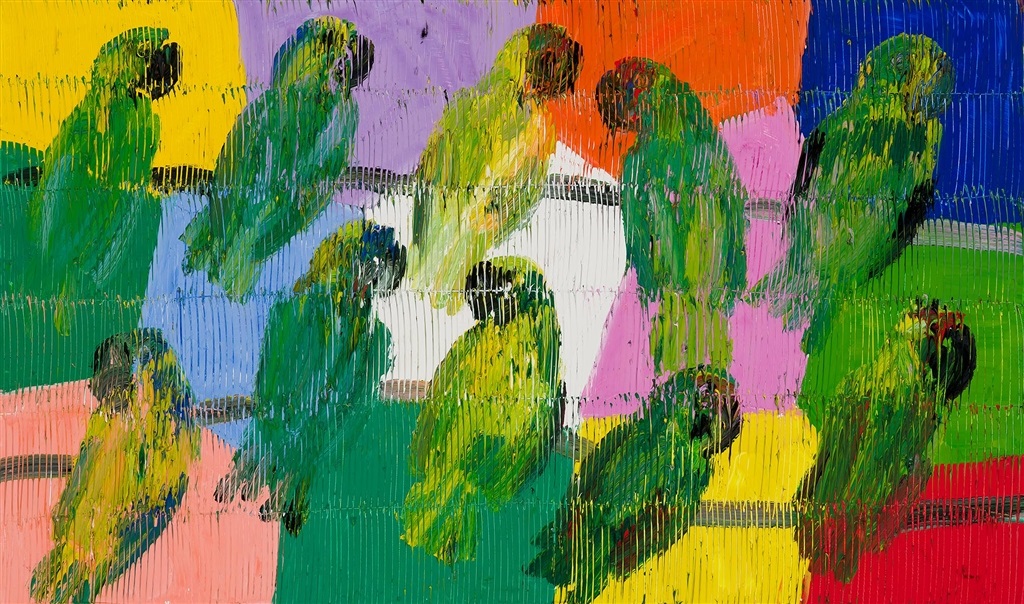 Since his first solo show at the Fischbach Gallery in 1977, Slonem’s work has been showcased internationally hundreds of times, most recently at the Moscow Museum of Modern Art and the State Russian Museum in St. Petersburg. In 2017 and 2018, he will be featured by the National Museum of the Republic of Kazakhstan, the National Gallery in Bulgaria, and in countless galleries across the United States, Germany, and Dubai.

His flair and admiration for far-flung destinations has been a staple of his life since childhood. Slonem was born in 1951 in Kittery, Maine, and his father’s position as a Navy officer meant the family moved often during Hunt’s formative years, including extended stays in Hawaii, California, and Connecticut. He would continue to seek out travel opportunities throughout his young-adult years, studying abroad in Nicaragua and Mexico; these eye-opening experiences imbued him with an appreciation for tropical landscapes that would influence his unique style. 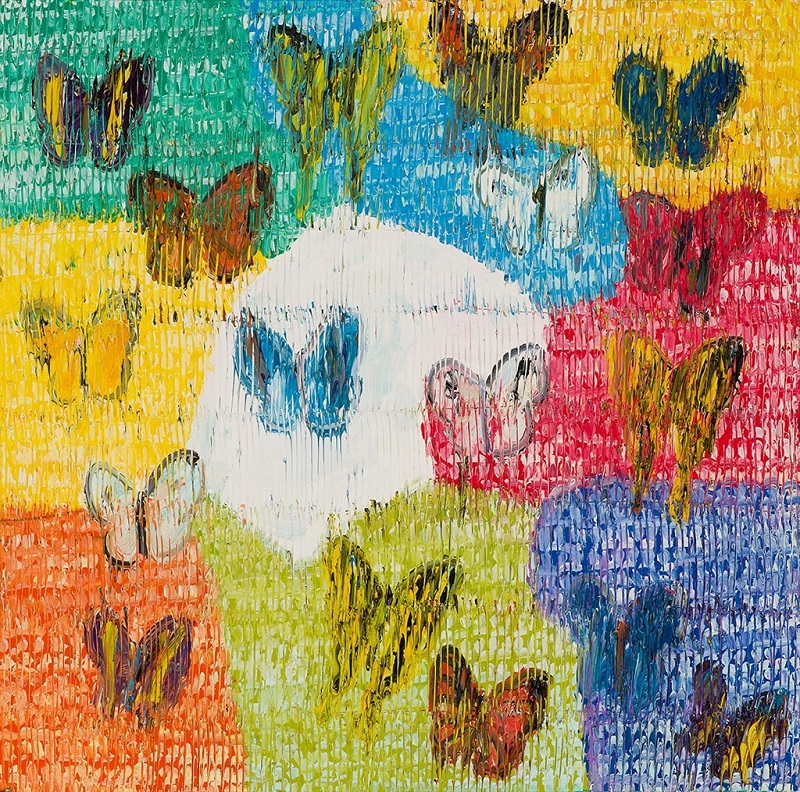 After graduating with a degree in painting and art history from Tulane University in New Orleans, Slonem spent several years in the early 1970s living in Manhattan. It wasn’t until Janet Fish offered him her studio for the summer of 1975 that Slonem was able to fully immerse himself in his work. His pieces began getting exhibited around New York, propelling his reputation and thrusting him into the city’s explosive contemporary arts scene.

He received several prestigious grants, including from Montreal’s Elizabeth Greenshields Foundation, the National Endowment for the Arts, and the Cultural Counsel Foundation’s Artist Project, for which he painted an 80-foot mural of the World Trade Center in the late 1970s. 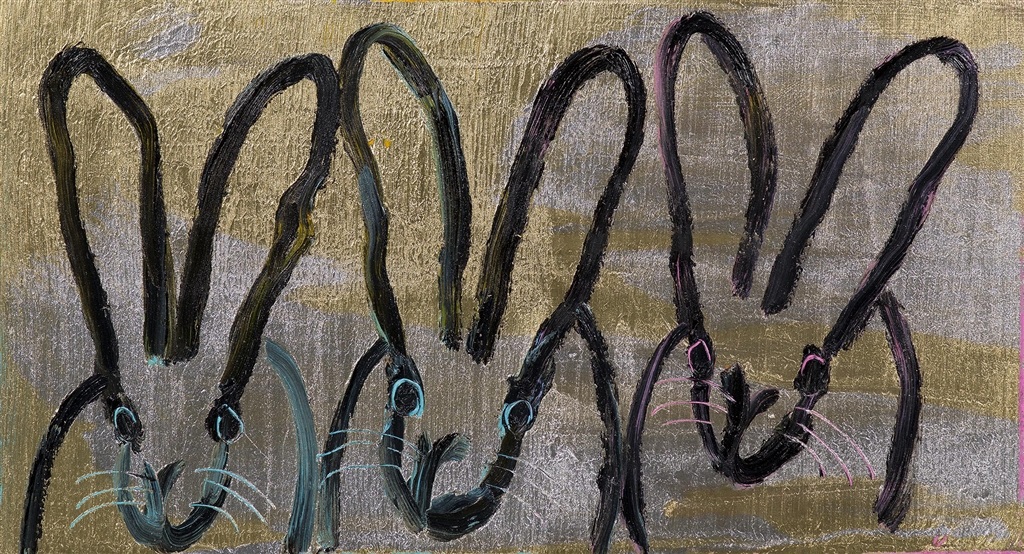 As Slonem honed his aesthetic, his work began appearing in unique, contextual spaces. By 1995 he finished a massive six-by-86-foot mural of birds, which shoots across the walls of the Bryant Park Grill Restaurant in New York City. His charity work has resulted dozens of partnerships, including a wallpaper of his famous bunnies designed specifically with Lee Jofa for the Ronald McDonald House in Long Island.

Slonem continues to draw great inspiration from history, forging palpable connections to the past through his art. His popular portraits of Abraham Lincoln reframe the historic figure as a pop-art icon, and he is currently working on a nine-foot-tall bronze sculpture of French explorer Robert De La Salle, to be displayed publicly in Louisiana. 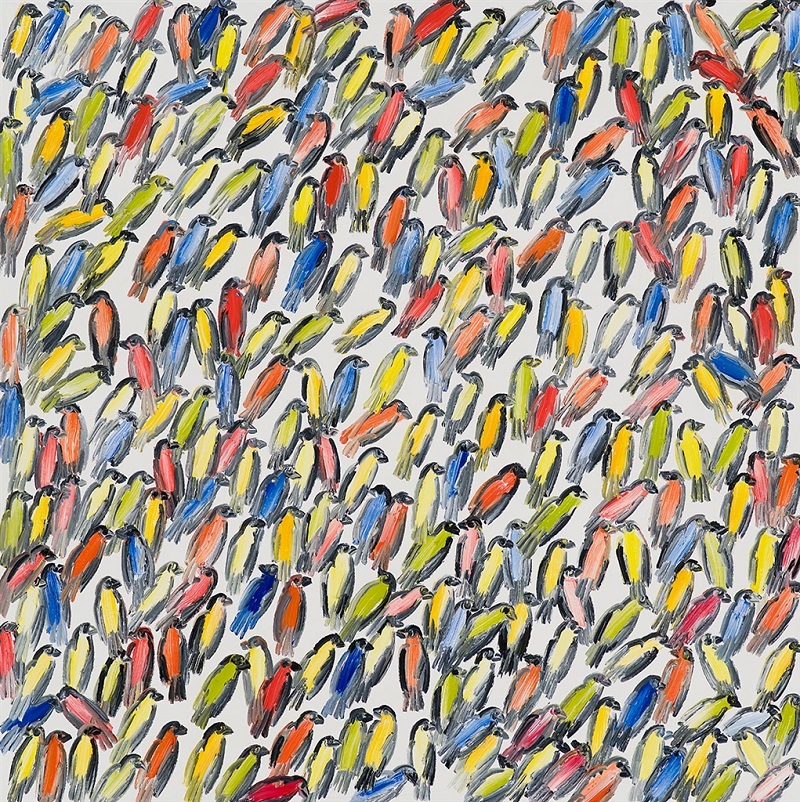 Yet Slonem’s most ambitious project has been his mission to save America’s often forgotten historic buildings. Realizing too many of the country’s architectural gems have fallen into disrepair, Slonem has found himself drawn to these national landmarks, inspired by the depth of their age and old-world beauty. Among his accomplishments are the restorations of Cordt’s Mansion in Kingston, New York; the Lakeside and Albania mansions of Louisiana; and the Scranton Armory and Charles Sumner Woolworth’s mansion in Scranton, Pennsylvania. His sixth and latest endeavor is Belle Terre, a storied property in South Kortright, New York.

Numerous books and monographs have chronicled Slonem’s art, including Bunnies (Glitterari Inc., 2014), Birds (Glitterati Inc., 2017) and Hunt Slonem: An Art Rich and Strange (Harry N. Abrams, 2002). His studios and homes have been profiled in such books as When Art Meets Design (Assouline Publishing, 2014) and Pleasure Palaces: The Art and Homes of Hunt Slonem (powerHouse Books, 2007), among others. His latest will be Gatekeeper (Assouline Publishing), showcasing his reclamation of the Scranton Armory, and its transition “from arms to art.”

If you interested in collecting the art of Hunt Slonem, you can contact Park West’s gallery consultants at (800) 521-9654 ext. 4 or sales@parkwestgallery.com

It is with great fanfare and excitement that we introduce our collectors to the renowned Neo-expressionist Hunt Slonem! He may be new to the Park West family, but if you have visited the [...]