Born in Paris in 1959, Dominique de Serres began her training at the National School of Decorative Arts in Aubusson, France in 1978 and graduated in 1981. Located in central France, Aubusson has been famous for its carpets and tapestries since the 14th Century. 20th Century masters, such as Picasso, Calder, Dufy and others worked in Aubusson to have their imagery interpreted into fiber, a tradition that de Serres continues today through her extraordinary handmade tapestries. 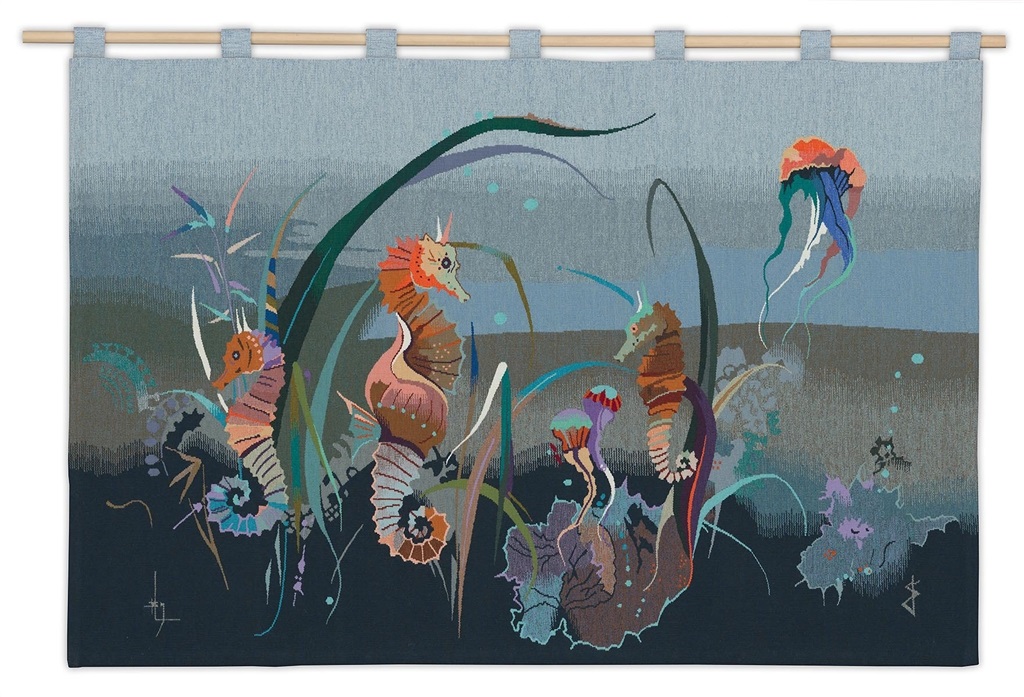 After practicing restoration tapestry near Maison Chevalier in Courbevoie she set up her own studio in Tregor, France in Brittany and has worked for more than two decades with renowned contemporary artists including, Roger Druet, Charles Stratos, Tregaste and her husband, Bernard Louedin, translating their imagery into tapestries which have been exhibited worldwide to great acclaim.

Creating such richly detailed works by hand is a long and painstaking process. Under her hand, it takes approximately 4 to 6 months for a two square meter tapestry to be completed.

Her husband, painter and sculptor, Bernard Louedin in writing about her work, said, “Being a fiber artist, on the edge of the 21st Century must seem strange to those without a concern for the permanent transmission of knowledge into the new millennium. The fiber artist as interpreter must recreate a painted image (the model) by a technique other than that used by the painter. It is therefore not an exact reproduction of the model, but a “translation,” which strives to create deep harmony with the painter and create a new singular work.” 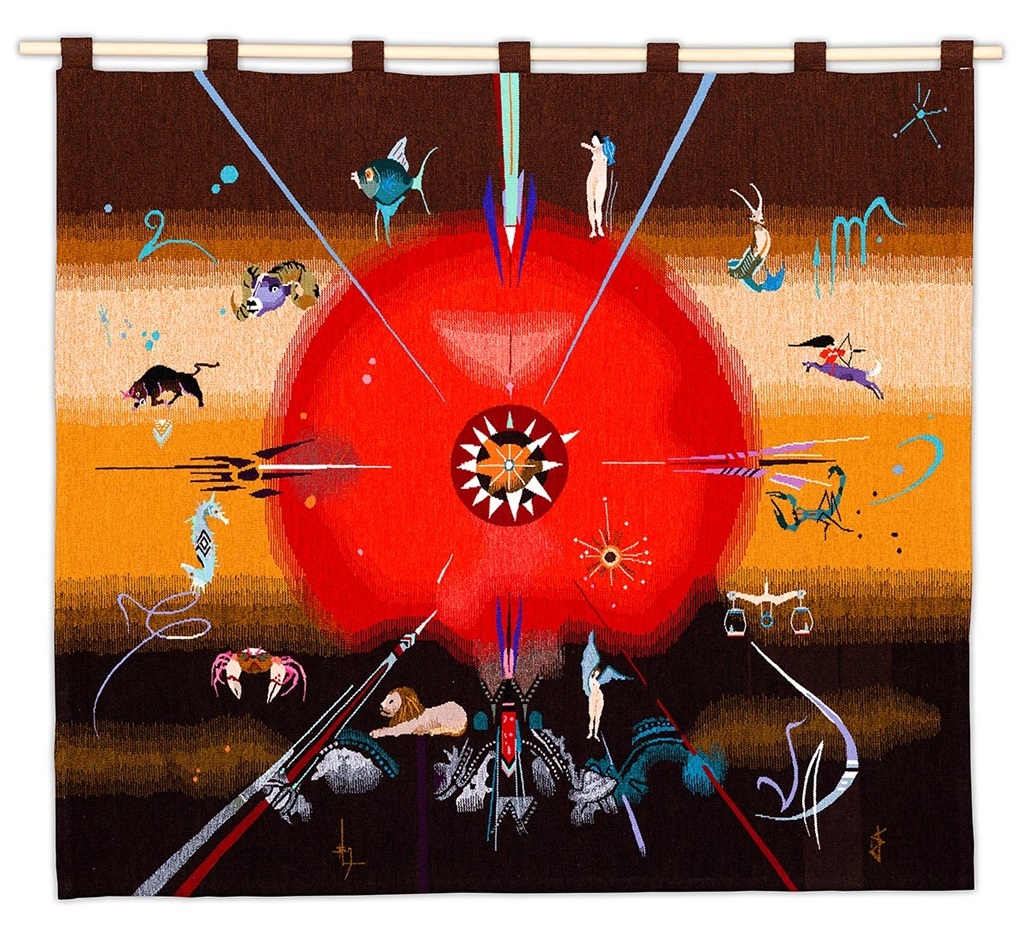 A studio visit with Bernard Louedin and Dominique de Serres

Last July, Albert and Marc Scaglione – Park West’s founder and CEO, and president, respectively – took a trip to France to visit with surrealist painter Bernard Louedin and his [...]

An exclusive look at Albert and Marc Scaglione's recent excursion to connect with Park West artists in France.