A self-taught artist, Thomas Tunney is a talented oil painter who has won wide acclaim for his expressive use of color and light in his intricately detailed creations. Tunney won Park West Gallery’s 2017 MI Great Artist competition, which sought out emerging artists from Southeastern Michigan. 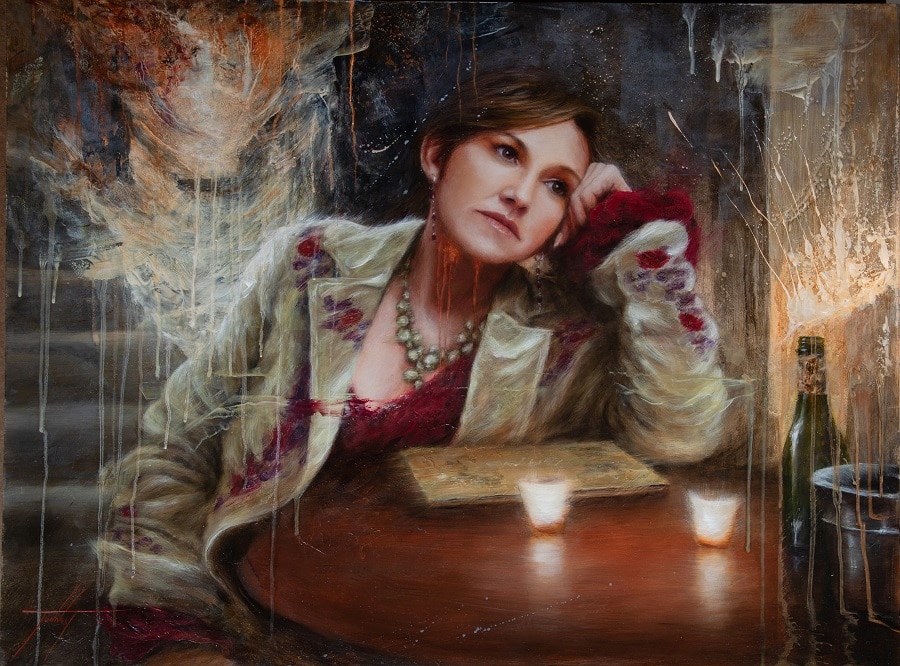 Tunney began painting after high school, inspired by the art of Rembrandt van Rijn. Tunney always enjoyed painting, but his aspirations to become a musician placed art on the backburner.

Years later, after establishing a successful career as a realtor, Tunney shifted his focus back to art. He entered the 2017 MI Great Artist contest and quickly advanced, becoming one of the five finalists. The competition culminated in a gallery show at Park West Gallery—it was the first time Tunney had ever publicly exhibited his artwork. 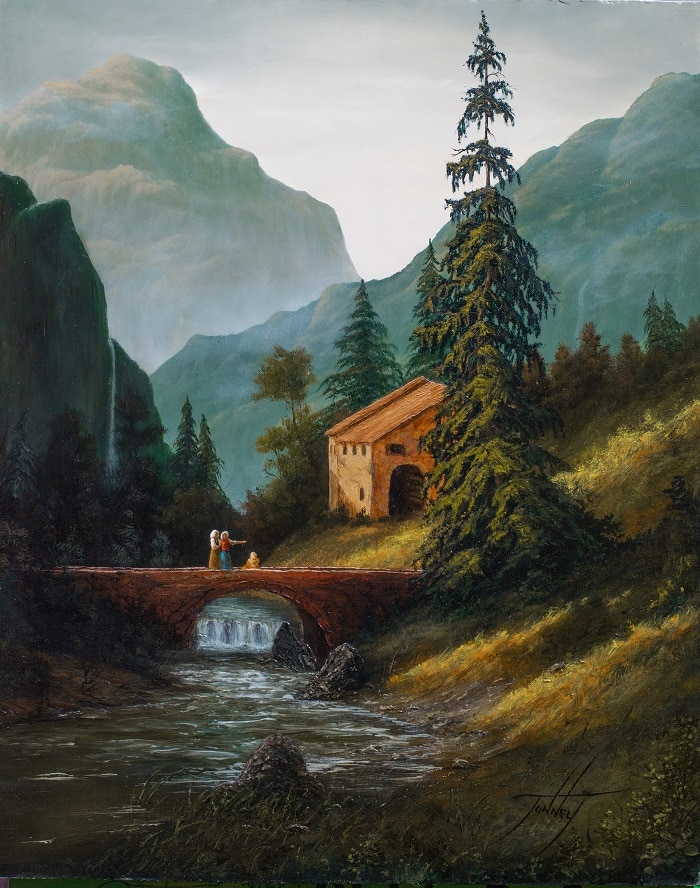 The MI Great Artist judges, including Park West’s Albert Scaglione, named Tunney the 2017 winner. He won a variety of prizes, including a solo exhibition at Park West Gallery. Tunney recalls feeling amazed and humbled when the judges announced his name.

“It was exciting, it enticed me to keep working and spend more hours painting,” Tunney says. 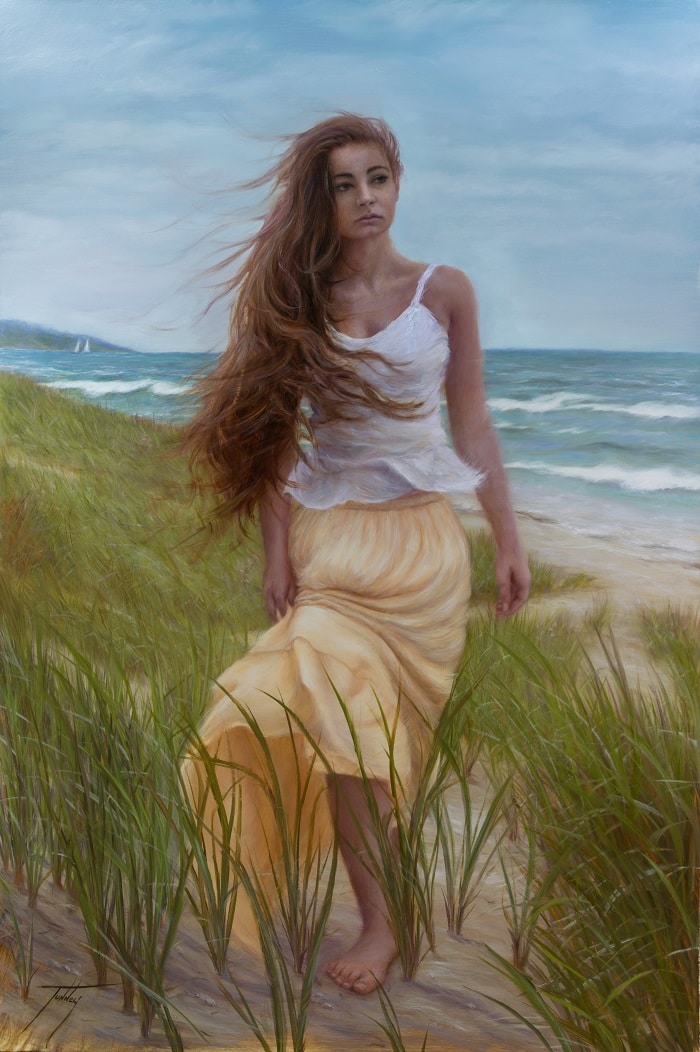 Tunney was influenced early on by Rembrandt and his technique of impasto and glazes. Today, Tunney paints using oils on panel. His style is a blend of Impressionism and realism, featuring warm colors and quick brush strokes. Placing an emphasis on the detailed hands and faces of his subjects, Tunney is inspired by fleeting moments in everyday life.

“I enjoy painting the beauty of life,” Tunney says. “Captivating moments that make me pause when I see them. I paint in oil because I believe it can bring more life to a scene than any other medium. It allows me to express the colors of life in the most vibrant way.”

He adds, “I see beauty in almost anything, especially where or when light hits. I enjoy strong impressionistic colors with quick aggressive strokes but also enjoy fine detail in the face and hands allowing the viewer to enjoy from a distance as well as up close. My hope is to move the viewer, to grasp that feeling of a particular scene in my painting in the way it has moved me.” 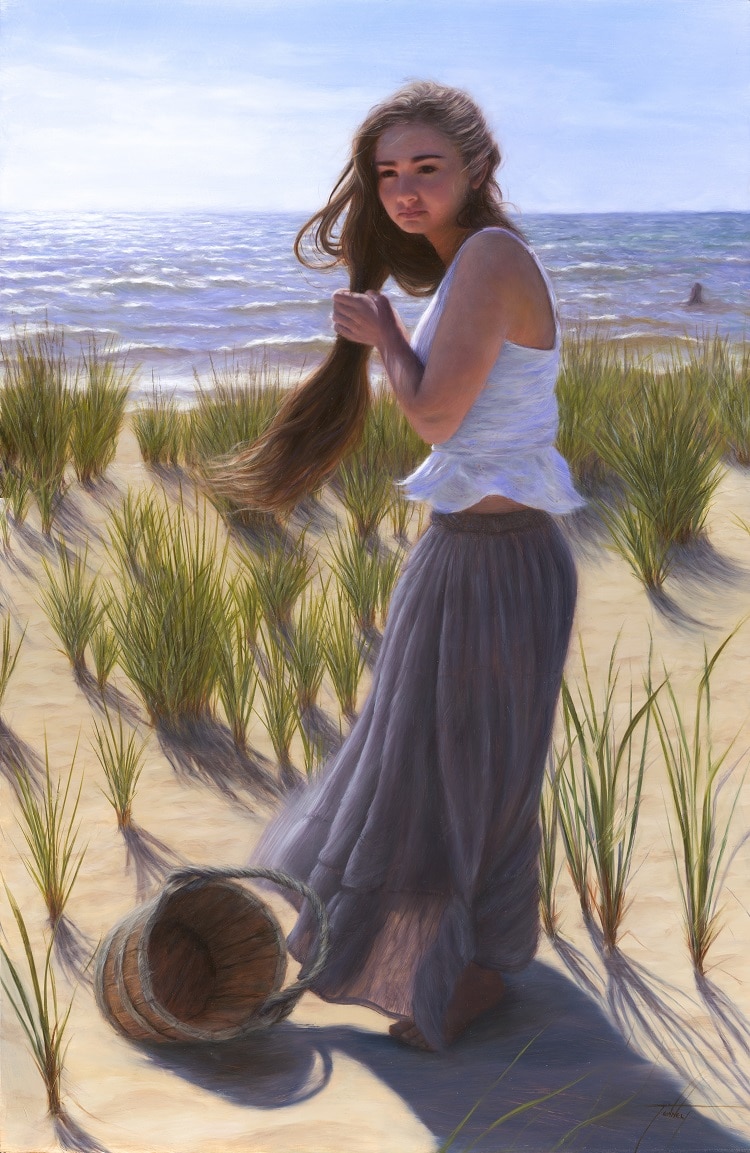 To collect the art of Thomas Tunney, contact our gallery consultants at (800) 521-9654 ext. 4 or sales@parkwestgallery.com.

Thomas Tunney of Commerce Township had never exhibited his art in public until Park West Gallery displayed five of his works for the 2017 MI Great Artist contest. So when Tunney, 57, heard his [...]

Five finalists have been chosen for the 2017 MI Great Artist Competition, a contest in support of up-and-coming artists in Southeast Michigan. 232 artists from 8 different local counties [...]