As a world traveler, artist Su Liao has witnessed majestic mountains, sunny beaches, and awe-inspiring sunsets. She invites viewers to witness these incredible sights with colorful, meticulous art that transports viewers to these idyllic locations.

Teeming with intricate details, breathtaking color, and luscious atmosphere, Su’s paintings have captured the hearts of collectors throughout the United States and China. 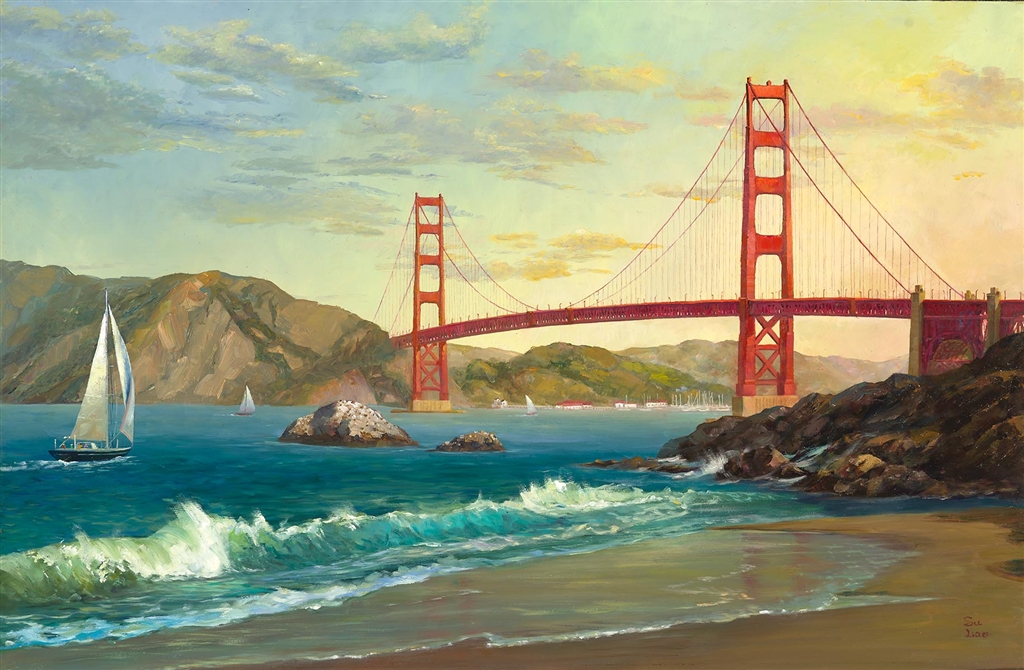 Su Liao was born in Canton, China. At a young age, Su became captivated by nature. She showed a proclivity toward art, displaying her unique talent by painting the flowers she saw around her.

At the age of 17, Su enrolled at the Art School of Guangdong, China, where she traveled with her classmates painting landscapes all over Southern China. Her early works as a student were well-received. Many of her paintings were exhibited in galleries and competitions. It was here she met and married fellow art student Alexander Chen, who would go on to become an internationally renowned artist. 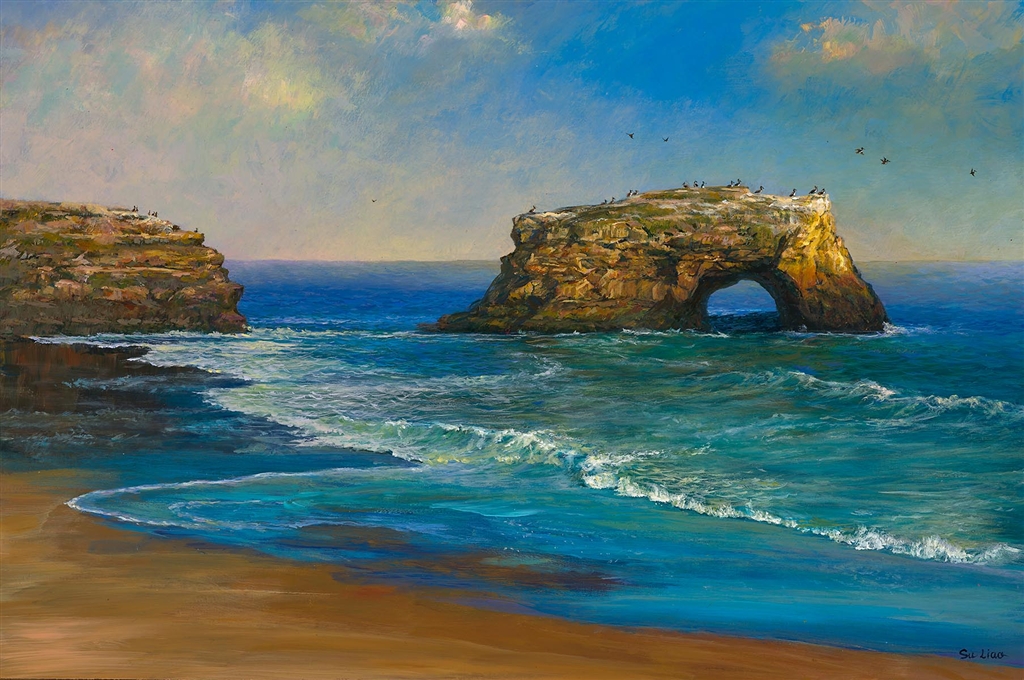 During the late 1980s, Su and her family moved to San Francisco, California. She studied fine arts in the Academy of Art College in San Francisco. She began to paint historical grounds and landmarks as well as scenes depicting everyday life in the United States.

Su has received numerous awards and accolades for her paintings in China. She currently resides in California with her husband. 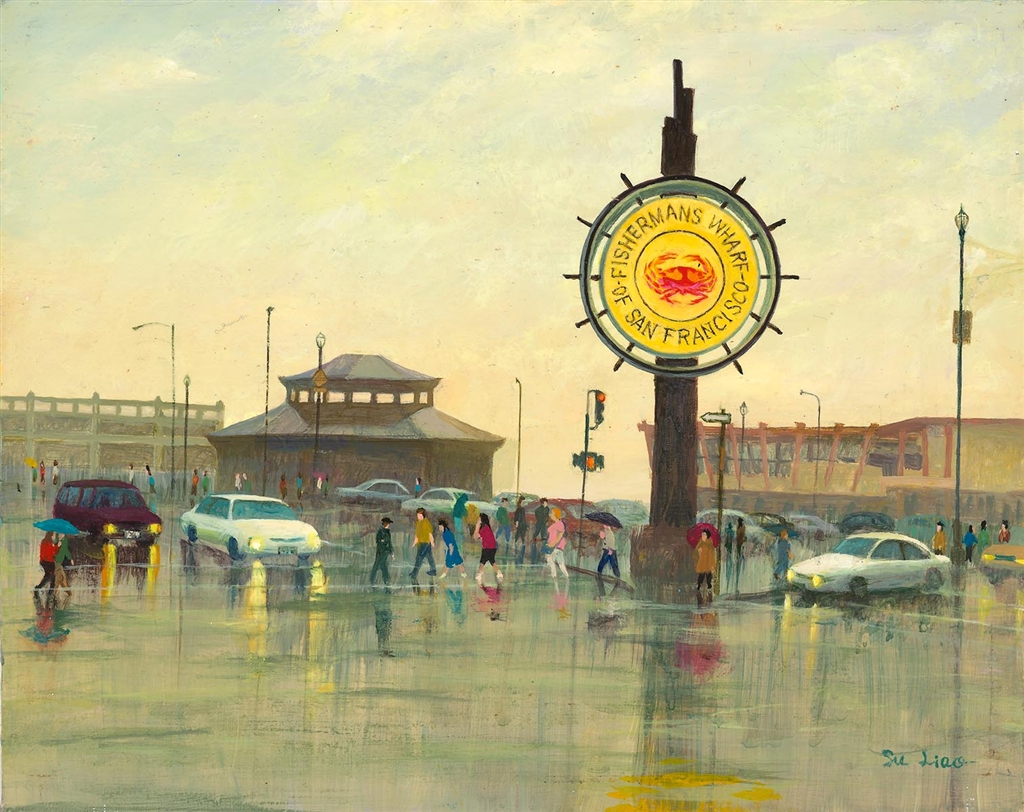 Su captures the details of a city or landscape in stunning detail, but sets herself apart by painting in a more expressive, Impressionist style emphasized by looser brushstrokes. Her conspicuous dots and swathes of color blend together to form mountains, valleys, people, oceans, buildings, and endless green fields.

Su and her husband explored the West Coast and traveled to numerous states in a quest for artistic inspiration. The magnificence of the American countryside and mountain ranges captured the heart and imagination of Su. Many of her subjects are the very places she visited during those travels. 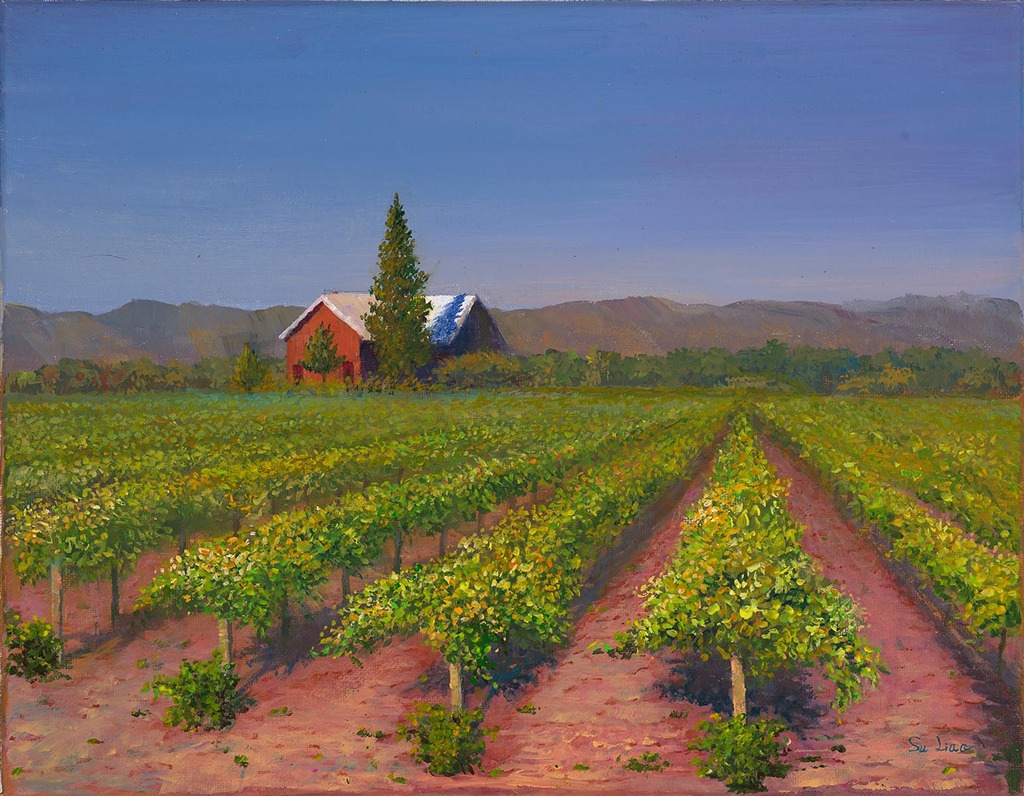 She has also traveled to Europe, the Mideast, and Southeast Asia, finding inspiration from the various cultures and architecture she encountered along the way. As a result, her experiences as a world traveler have created an expansive body of work.