Through a unique style called Monochromatic Reflectionism, Phillip Anthony does more than create photorealistic compositions—he invites viewers to make his art their own by imbuing it with their own memories.

Drawing on his photography background, Anthony does away with the warm and bright colors associated with romantic landscapes and seascapes. Instead, he depicts them in black and white tones to present timeless and thought-provoking imagery.

Anthony’s art was warmly received by international audiences only a few short years after unveiling his unique style, and is now collected and exhibited around the world. 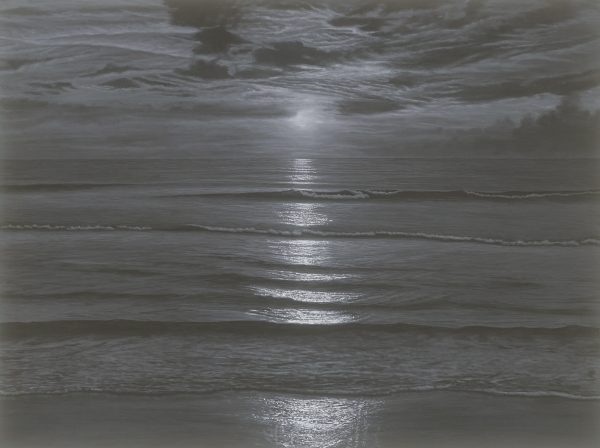 Born on December 17, 1978 in Glendale, California, Anthony and his family later moved to Idaho Falls, Idaho. He drew and sketched frequently during his youth, finding himself drawn to black and white photography and processing film in a dark room.

He initially moved to Florida to become a film director, concentrating on cinematography with an emphasis on composition and lighting. He attended Full Sail University in Florida for Film and Photography, graduating in 1999. However, he felt that photography couldn’t accurately capture the world around him.

Anthony’s introduction to fine art occurred in his mid-20s after walking into a local gallery in Orlando. Amazed by what he saw, Anthony was instilled with the desire to learn how to paint, hoping to capture the world around him in a way photography couldn’t.

When he returned to Idaho in 2001, he received further encouragement from his friends. Anthony took their advice, going to local bookstores to acquire art magazines since there were no local galleries in his town.

In a matter of months, Anthony had trained himself to create photorealistic portraits using watercolors and acrylics.

Galleries loved his art, but suggested that he use oil paints rather than his other mediums of choice. Anthony hadn’t tried oil paints before, and decided he would experiment with a different subject matter as well—seascapes. After a year of practice, he sold his first oil painting. 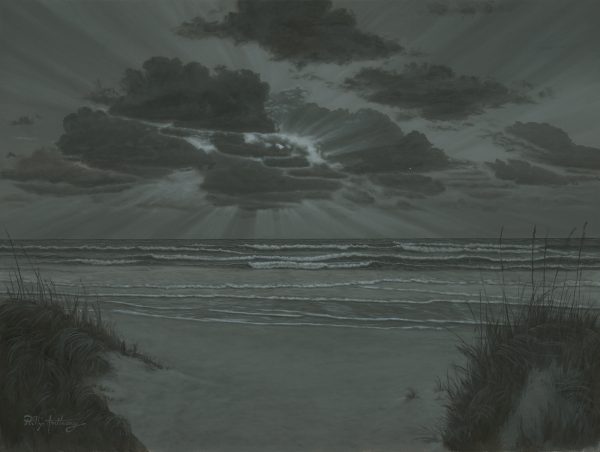 His landscapes were admired, but galleries wanted something more. Anthony drew upon his past experiences and decided to try black and white paint instead of colorful oil paints, resulting in the birth of Monochromatic Reflectionism.

When Anthony displayed his new style at his first major exhibition in Key West, Florida, he sold nearly every work available. This success set off a domino effect of additional exhibitions and hundreds of major shows. Within three years of his first exhibition, Anthony’s art was displayed in galleries and cruise ships around the world.

In addition to galleries and cruise ships, Anthony’s art is featured in numerous hotels around the country, including the Grand Bohemian Hotel in Asheville, North Carolina.

Anthony describes Monochromatic Reflectionism as “intentionally removing the color from a painting to allow a person to connect with imagery by using their own memories.” 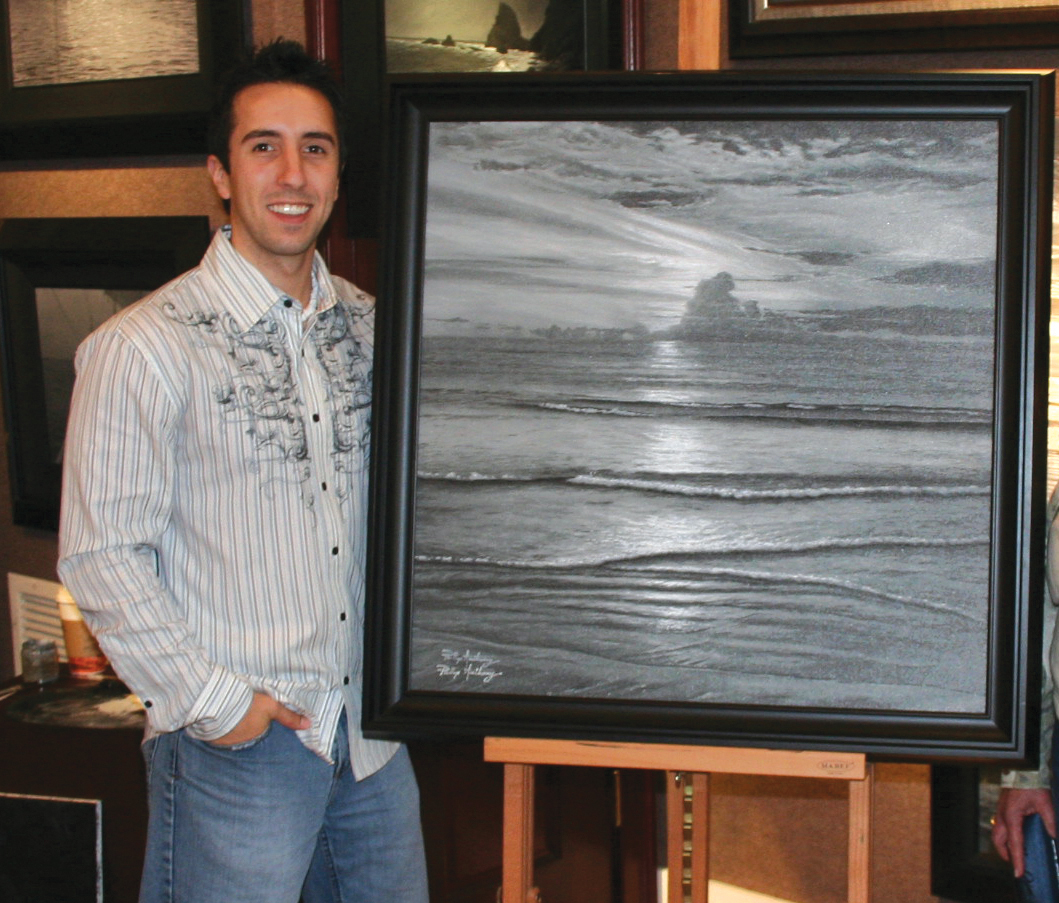 Anthony’s background in photography and cinematography continue to play a role in his compositions. Despite the lack of color in his art, light still plays an integral role, with sunlight or moonlight peeking through clouds or reflecting against waves.

When speaking with a collector at his first Key West show, Anthony recalls the collector telling him “I see God in your painting. I can feel Him in the rays of light.”

The conversation caused Anthony to realize that his paintings aren’t about particular places. Instead, by removing color, he allows the artwork to become personal for whoever views it. Anthony hopes that, by reflecting on his artwork, people will be inspired to use their talents to help one another.

“That’s the story I want you to get from my work,” Anthony says. “Realize this world, the talents you’ve been given, and the people in our lives are blessings.”

Though known for his monochromatic style, Anthony continues to experiment with other styles and techniques, including still lifes painted in multiple hues.

Popular Las Vegas artist Chris Elliman was the champion of Park West Gallery’s Made in Vegas artist search competition last year, and Park West is proud to announce the launch of Elliman’s debut [...]