Known for its life-like depth and unique use of natural wood grain, Beyrer’s art is collected around the world and featured in galleries and private collections alike.

Born November 18, 1981 in Winter Park, Florida, Beyrer relocated at an early age to a small community on the state’s east coast. He soon took up surfing as a hobby, a decision he never thought would lead him to become a highly sought-after artist.

The young Beyrer was surfing with his friends in the open water when he felt something tug on his foot. He looked behind himself and saw something large in the water beneath him. A large wave knocked him off his board, and when he climbed back on he noticed a sharp pain in his foot and blood in the water. When he was back on land he was rushed to the hospital, realizing something had bit him. He later discovered that an 8-foot hammerhead shark had bit him. 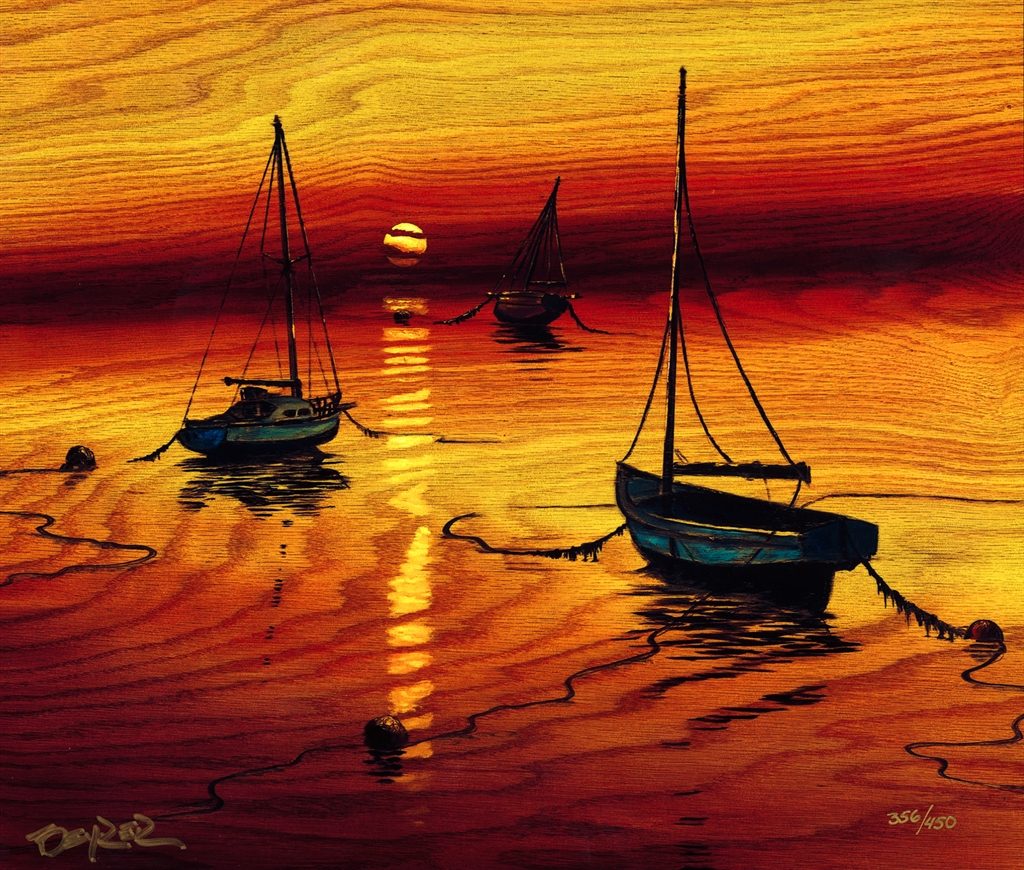 The wound required eight weeks of recovery, which included Beyrer staying off his foot to let it heal properly. Beyrer occupied his time watching TV, and was soon hooked on the popular art show “The Joy of Painting” starring Bob Ross. Beyrer became enchanted with the process of creating art, and decided he would learn to paint.

Beyrer attended the Ringling College of Art and Design, earning a bachelor’s degree in illustration. Not long after graduating, he gained recognition for his ability to create unique and gripping environments.

As he continued to experiment with his style, he came up with “Natural Expressionism,” which incorporates the natural wood grain patterns of the planks he paints on to create breathtaking imagery.

After joining the Park West Gallery family of artists in 2017, Beyrer became the first artist in Park West’s history to sell out 12 consecutive VIP auctions since his debut. In December 2018, he led a live painting appearance at the DeRubeis Fine Art of Metal in Hawaii.

Beyrer is the creator of a style that draws upon traditional techniques, light, conceptual art and nature. His fascination with color and composition result in oil paintings that transform the abstract into reality. 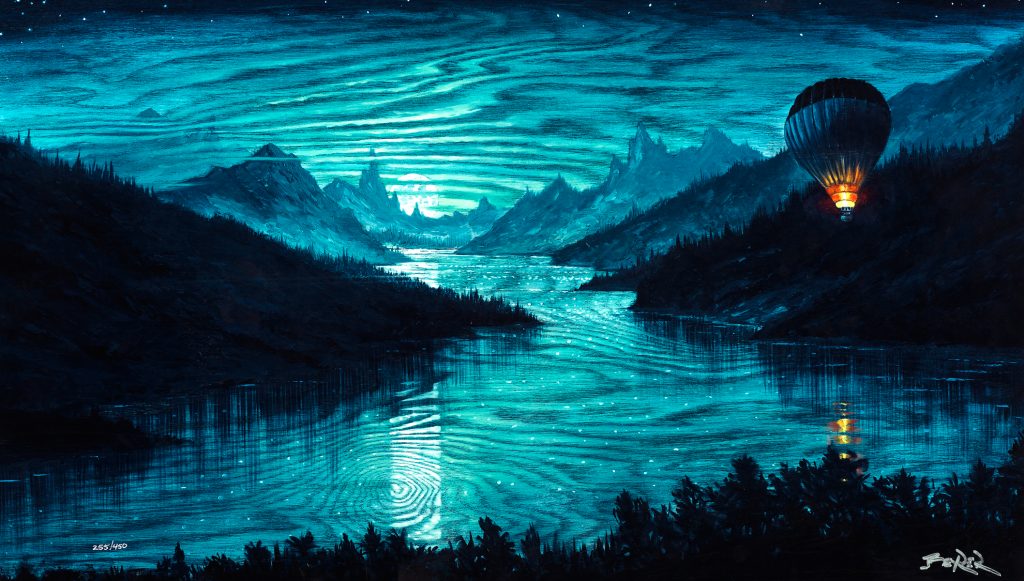 Borrowing a popular term from Bob Ross, Beyrer says the idea of including wood grain patterns in his work was a “happy accident.” While building frames for his art, Beyrer ran out of wood stain. He decided to improvise by thinning some oil paint to use in its place. When he applied it, he was struck by the visuals created by the wood grain showing through the paint. 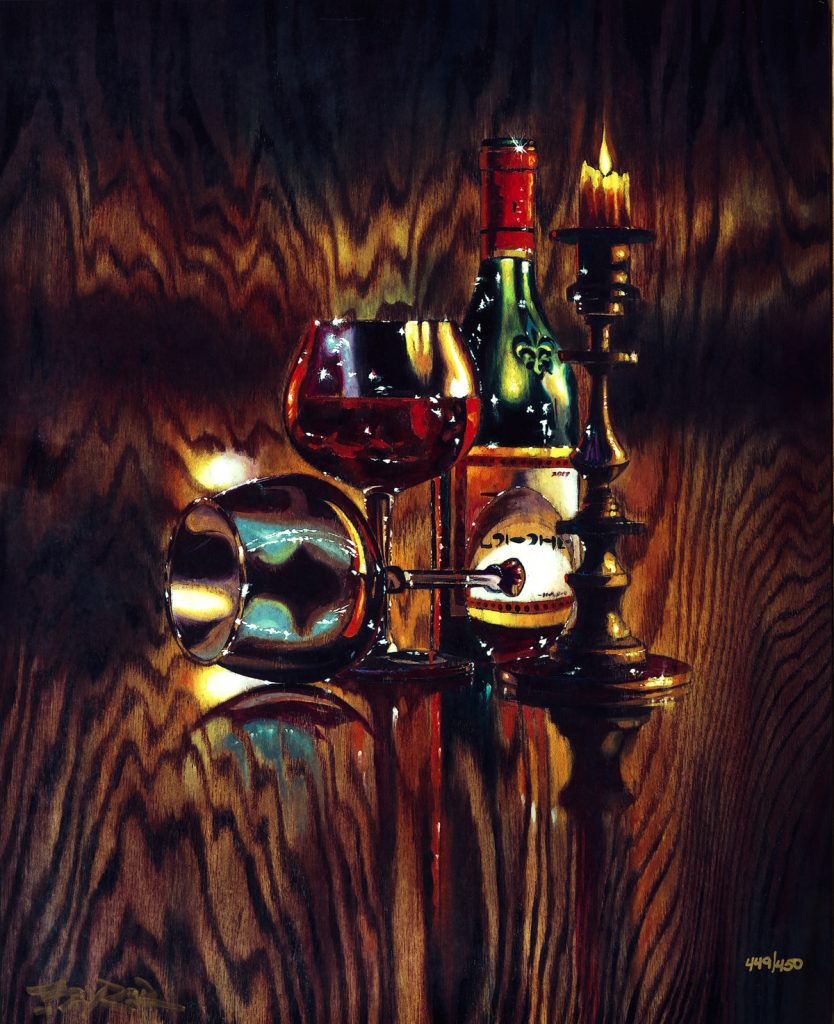 Beyrer draws inspiration from the power of nature; the sun’s warm light, the fury of a thunderstorm or the tranquility of a forest. By incorporating the natural grain of his wood panels, Beyrer uses nature itself to create enchanting images. He says is imagery is often inspired by personal stories and experiences, which he then blends with a twist of fantasy to invoke mystery and intrigue.

Have you ever had a single moment that changed your entire life? Matt Beyrer has. After years of working as a struggling artist, Beyrer was still trying to find his niche in the art world. That [...]

Matt Beyrer is a Park West Gallery phenomenon. At just 37 years old, he has achieved more sold-out exhibitions than any other artist in our 50-year history. Known for their life-like depth and [...]