Artist Mark King, a champion of Impressionism and the Ecole de Paris, was born in Bombay to British parents. He is the product of an exotic and privileged upbringing in India, where he lived until the age of sixteen during the tumultuous last days of the British Raj. King’s versatility and zest for life transform everything he paints into breathtaking patterns of brilliant color. 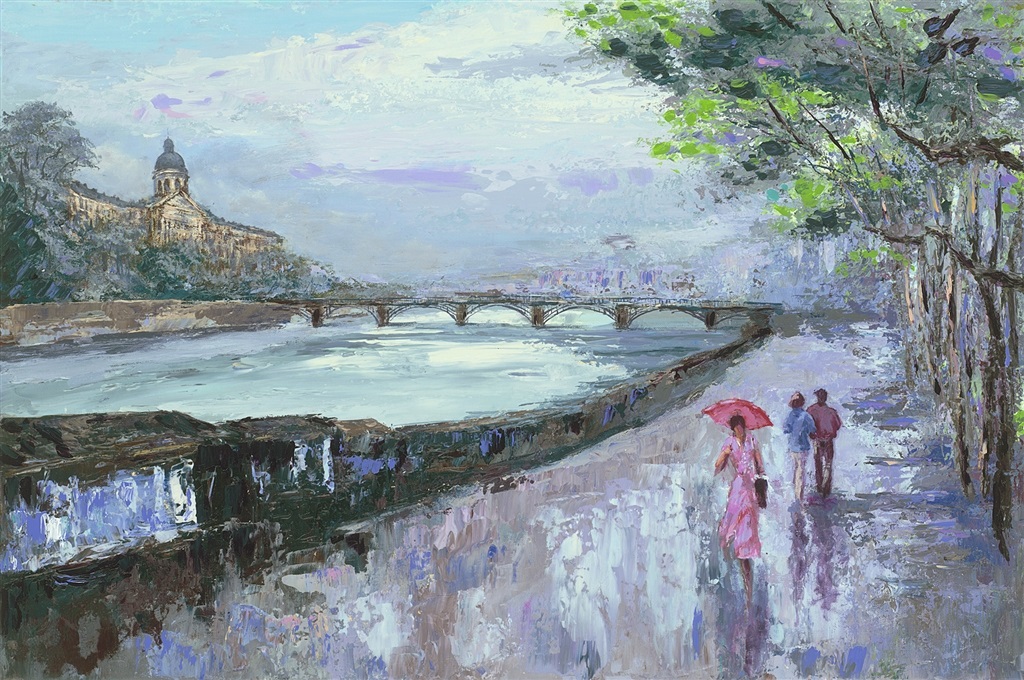 King was born in Bombay, India in 1931. In 1948, following graduation from La Martiniere College in Calcutta, where his focus had been botany as well as art, King sailed to England to attend Bournemouth College of Art, having determined to pursue painting, sculpture, architecture, and theatre design. He subsequently spent seven years as resident scenic designer at the Oxford Playhouse Theatre, but, in 1961, decided to concentrate on painting and moved to Paris to study at the Ecole and the Louvre.

Change has been an important catalyst in King’s life as well as his art. When he lived in Paris and Italy during the 1960s, he was a plein air painter, working out-of-doors in order to study and describe the effects of light and atmosphere like the Barbizon School and Impressionists before him. His move to the United States in 1968 prompted a shift in his working methods, where he works exclusively in the studio. 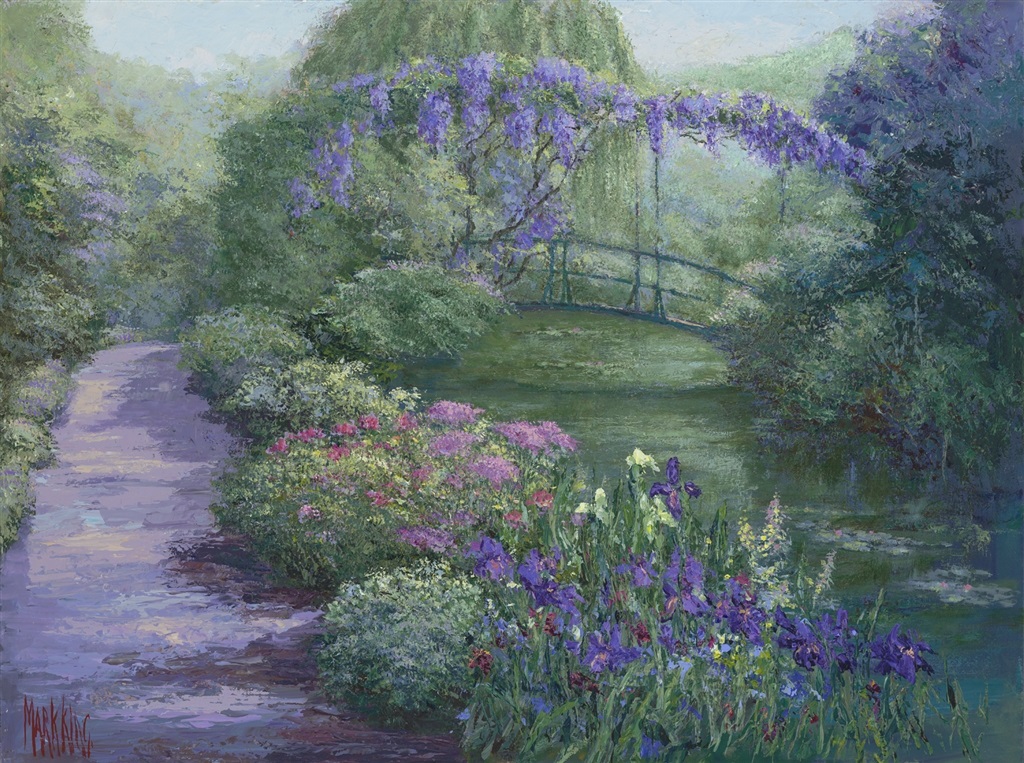 For subjects he knows intimately, like Parisian street scenes, King draws from memory. For sporting subjects, on the other hand, the camera is an indispensable tool. He takes several photographs of a subject, condensing various views or themes into one composition, without exactly reproducing nature. Small pencil sketches noting color and compositional motifs act as reminders of feelings and responses to events and vistas King admires. From these two sources, King produces vibrant preliminary drawings in gouache, devising structural and visual solutions for larger canvases, which he executes in acrylic.

King consciously handles gouaches like watercolor, blocking out the backgrounds of his drawings with thin washes, preferring thicker impasto for surface treatment. King masterfully manipulates a palette knife ninety percent of the time, only using a brush for small details. He moves freely from one subject and medium to another, gaining energy as he tackles the physical and mental demands of each composition.

King has carefully studied the old and modern masters from Cimabue and Masaccio to Goya, Turner, Degas, and Bonnard. Fascinated with painting techniques, King meticulously layers colors, glazes, and shapes as substrata for the five or ten percent of the acrylic paint that floats on top and forms the finished composition. The under-painting filters through to the surface creating depth and texture. Because of his alla prima approach, in which a painting is realized in a burst of inspiration and single application of pigments, King confesses, “It is not until the last ten to fifteen minutes before completion that I am able in to see where the painting is going and catch the mood of the moment.”

King follows in the footsteps of Courbet and the Impressionists, painting what he sees, such as the familiar streets, monuments, and quarters of Paris. King never fully defines his seductive faces and figures, which he often shows from behind, as if they too were silent observers like himself. Passionate about horses since his youth, King’s animated depictions of polo and the fox hunt derive from personal experience. His interest in big game dates from India, where elephants and camels roam the streets and tigers and other large cats can easily be seen in their natural habitat. 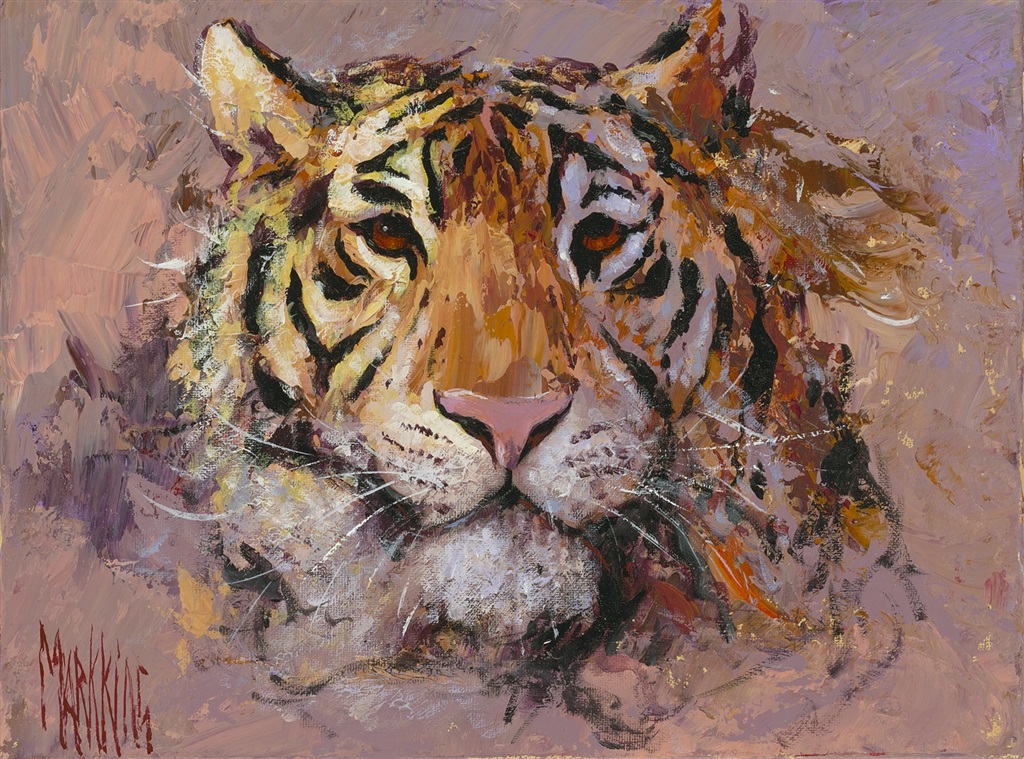 In addition to King’s fascination with the fauna of Central Asia, he has also retained a keen fascination for the flora of the region as well as botany in general, which he incorporates into his compositions. Since his arrival in the United States, as King became more exposed to sports, he capitalized on the drama and visual spectacle of ice hockey and horse racing, as well as his love of the outdoors by treating subjects like yacht racing, golf, and tennis from a seascape or landscape point of view.

Like the Impressionist masters, King uses his eye as a passive organ, confronting the visual field. Objective and detached, he considers himself an “unobserved observer.” He explains, “I make no judgments about what I see—there is no right or wrong—it is there to be assimilated.” King believes, “When there is no jamming of the cosmic forces influencing our receptivity, those energies and forces feed into us and it is those briefest fractions of a second when things flow.” 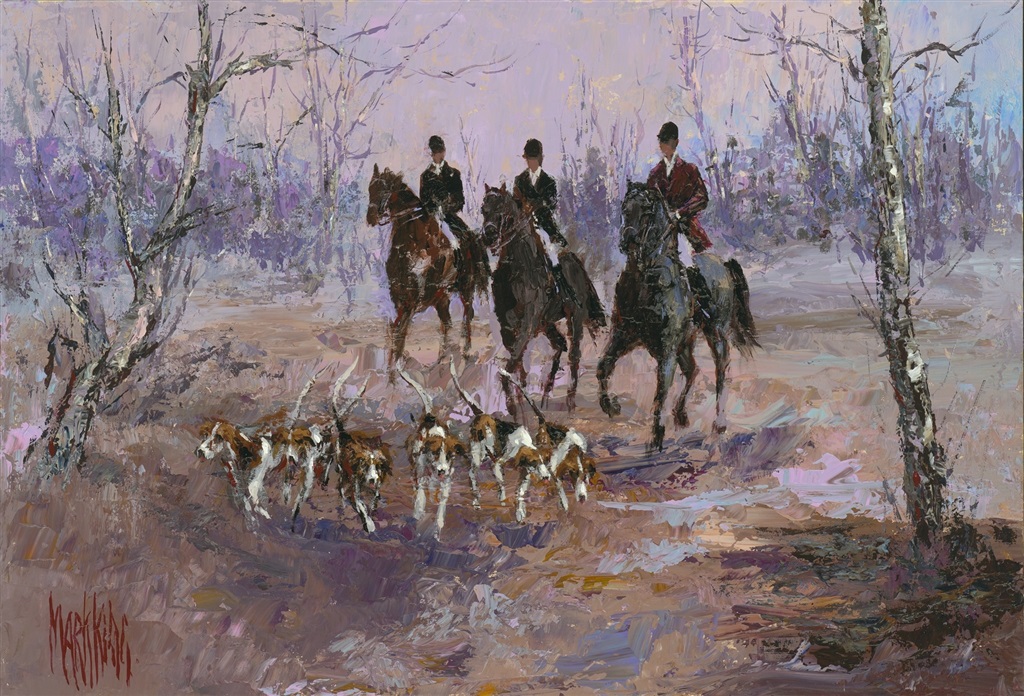 King’s subtle understanding of how color, texture and paint interact is his strong point. Color conveys feelings and emotions in the creation of a timeless art, and now in the full maturity of his career, he has achieved superb mastery of his palette.

If you interested in collecting the art of Mark King, you can contact Park West’s gallery consultants at (800) 521-9654 ext. 4 or sales@parkwestgallery.com