Markus’ artwork has been displayed around the world and featured in prominent galleries in France, Japan, England, Russia, and the United States.

Markus was born in Budapest, Hungary in 1953. Growing up in a Communist country, Markus found refuge in Europe’s art museums and baroque architecture. The aspiring artist became fascinated by the work of Renaissance artists like Michelangelo, Caravaggio, and Botticelli. These studies inspired him to draw and paint.

At age 10, Markus’ teacher caught him drawing during class. Instead of punishing Markus, the teacher wrote a note to his mother stating that she should foster his artistic talent. Markus was soon after enrolled in art classes.

Markus received training as a sculptor from Mohácsi Regõs Ferenc, a renowned Hungarian artist. Markus excelled in his art courses and, at the age of 14, his art appeared on international public television.

“That was the first instance in which I was an artist,” Markus recalls. “I could never forget that feeling.”

However, Markus’ development was hindered by the country’s Communist government. His struggle for individuality and recognition clashed with state-run art academies that steered student creativity toward party ideologies. As a result, in 1978, Markus immigrated to the United States.

When Markus moved to California, he became homeless for a period of time. Eventually, Markus opened his own art studio. He experimented with numerous artistic mediums such as glass, sculpture, ceramics, handmade papers, etchings, mono prints, and even animation. Eventually, Markus gained enough recognition to create art professionally.

In the beginning of his career, Markus created thousands of paintings using a pseudonym to sign his name. Today, the artist refuses to reveal his former pen name, believing that his older paintings were not up to his artistic standards.

Markus continues to reside in California, where he spends up to 18 hours a day working in his studio, living by his motto, Amor Vincit Omnia—“Love Conquers All.”

Markus’ distinctive style has been shaped by Renaissance artists as well as Neo-Classical and Romantic periods. Artists that have inspired him include da Vinci, Rembrandt, Titian, Vincent van Gogh, Gustav Klimt, and Sandro Botticelli.

Markus strongly draws upon his studies of the Old Masters. He is known for his mastery of sfumato, a technique most often associated with da Vinci. The technique, which means “soft” or “blurred,” is fine shading that gradually softens the transitions between colors with subtle changes. The technique’s most prominent characteristic is a lack of defined lines, which gives Markus’ works an elusive feel.

Markus’ alluring portraits express the “Eternal Feminine” in her many guises, both as a mortal woman and a mythological goddess. Much like the Renaissance artists he admires, Markus seeks to capture the beauty of the female form. He often portrays younger women, saying they represent promise and hope.

To fulfill the demand for his art, Markus seeks to create the finest limited-edition works, such as etchings, stone lithographs, and serigraphs.

“I want to create editions that are unique and of the highest quality,” the artist has explained. “They should look as though I’d just finished painting it and put my paintbrush down five minutes before.”

Markus has described his serigraphy as a “beautiful struggle.” This illustrates his continuously evolving and difficult process in which he works with many layers of colors, textures, and intricate details until he has finally fashioned the masterpiece of his vision. As a testament to his level of details, Markus’ etchings are created using two to three copper plates, while his serigraphs are commonly printed using over 100 colors. 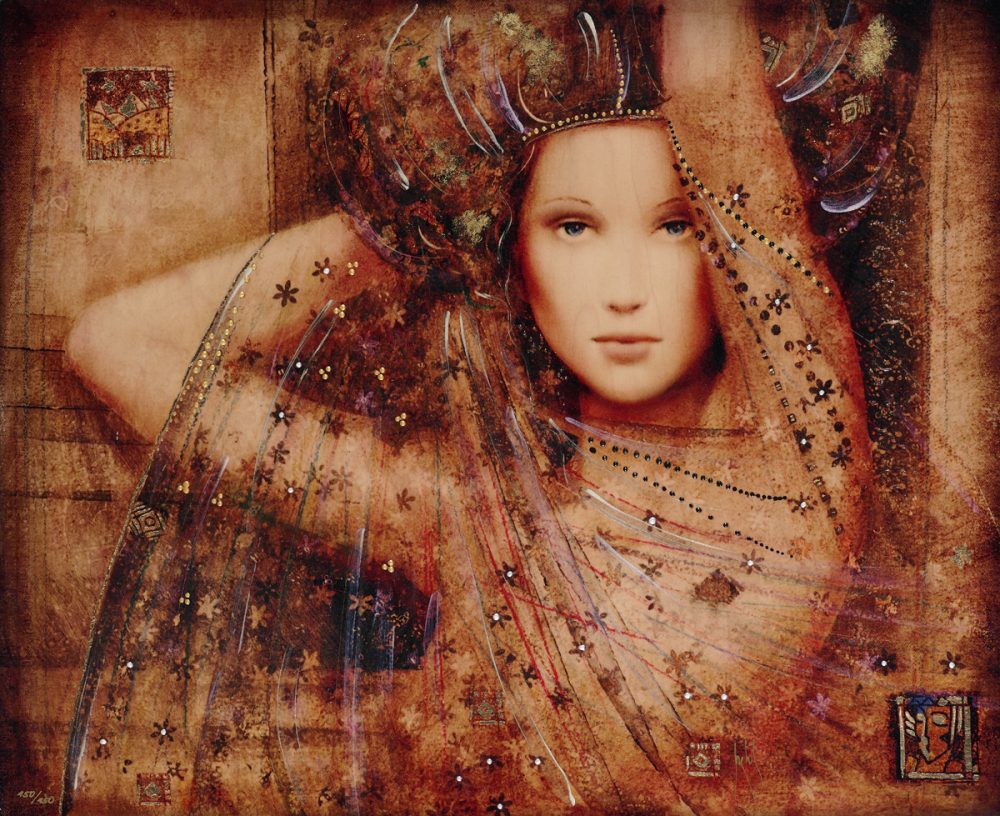 In 2017, to celebrate the 500th anniversary of da Vinci completing the “Mona Lisa,” Markus worked with Park West Gallery to create a new medium known as caldographs. The medium involves using dye sublimation to bond an image onto the surface of a wood panel. With this new technique, Markus pays homage to da Vinci, who painted “Mona Lisa” on wood.

“Larger than life.” That’s how “Behind the Artist” host Morris Shapiro describes Csaba Markus. Collectors always smile when Markus enters a room. With his trademark [...]