Dutch artist Vincent van Gogh viewed Japan as a paradise where everyone loved art, and wished to replicate this ideal in the south of France.

French artist Claude Monet once explained his artwork to an art critic, stating: “If you insist on forcing me into an affiliation with anyone else for the good of the cause, then compare me with the old Japanese masters; their exquisite taste has always delighted me, and I like the suggestive quality of their aesthetic, which evokes a presence by a shadow and the whole by a part.” 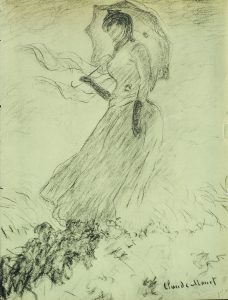 Japonisme is a French term referring to the influence of Japanese art on Western art. When Japan reopened their trading ports with the West in 1854, Japanese art objects surged into Europe in extraordinary quantities. Fans, porcelains, woodcuts and screens flooded the area, particularly France and the Netherlands. During the 1860s, these items, particularly the woodcuts, became a source of inspiration to many Impressionist and post-Impressionist artists in the West.

United States Navy Commodore Matthew Perry changed the history of Japanese trade after he landed in Edo Bay – now Tokyo Bay – in 1853. American President Millard Fillmore tasked Perry with opening Japanese ports to American trade after a 220-year-old-policy of Japanese restrictions. By 1854, Japanese ports were accessible to the United States and several European countries, unlocking the door to a vast cultural and artistic world that had previously been barred to the West.

Japanese Satsuma pavilion at the World’s Fair of 1867. Photo courtesy of Wikimedia Commons.

The World’s Fair of 1867 in Paris, France brought even more attention to Japanese art.  For the first time, Japan presented art to the world in a national pavilion. The works quickly inspired Western artists, fascinated with the alternative forms of expression which opposed their conservative aesthetic.

Known familiarly as ukiyo-e, or “pictures of the floating world,” Japanese woodblock prints traditionally portray “worldly pleasures and earthly delights” – a type of escape that illustrated class divisions between Japanese nobles and warriors. 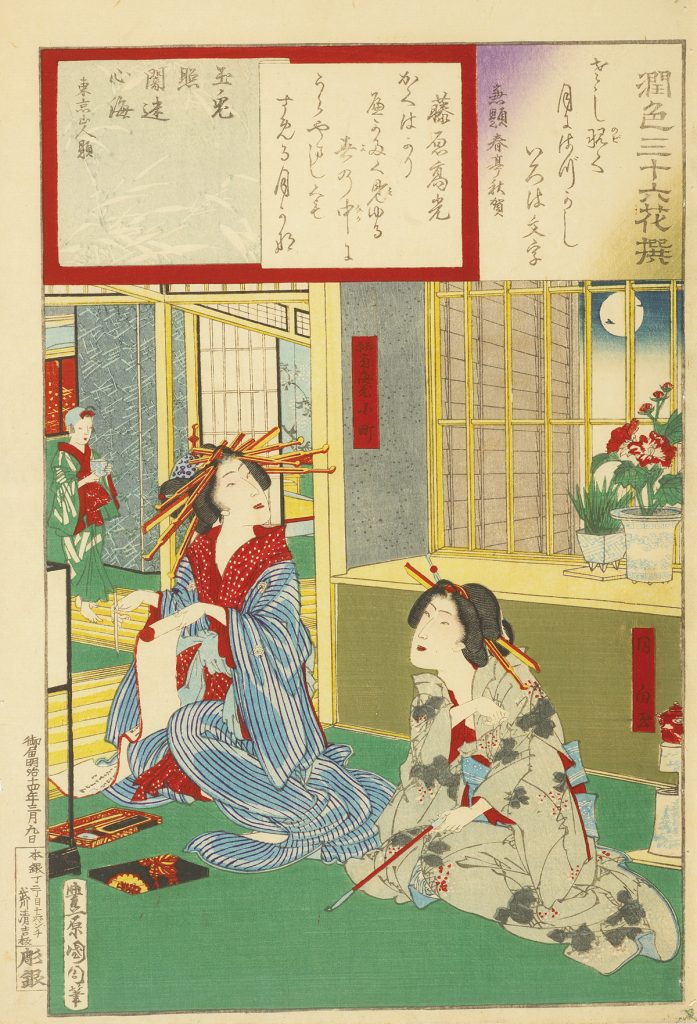 Historically, many in the warrior class were able to accumulate vast sums of money, sometimes even more than many nobles. But due to strict class definitions, warriors were still seen as second tier citizens. Ukiyo-e emerged as a place controlled and patroned by the warrior class and it became an area where they could revel in their “earthly delights.” Common forms of entertainment depicted were elaborate tea houses and the Kabuki Theater, showing patrons in the company of courtesans and geishas.

When Van Gogh moved to Paris in 1886, he began to explore impressionism and became interested in Japanese ukiyo-e woodblock prints. He even used them to decorate his studio walls. He admired the bold designs and colors while appreciating the elegant and simple lines. Van Gogh began to copy Japanese ukiyo-e artists, adding in new elements and using brighter colors with superior contrasts. 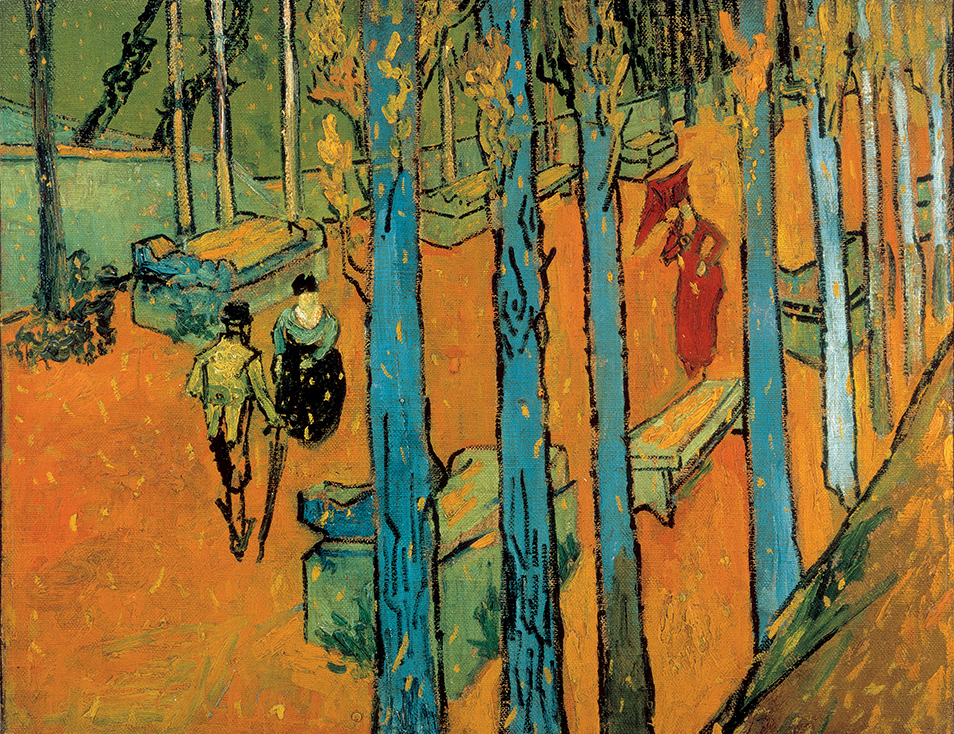 The influence of Japanese prints remained evident in Van Gogh’s works through his strong outlines. His use of black and color contrasts, along with cropped compositions, reflected Japanese culture and tradition.

Side-by-side comparison of Edgar Degas’ “The Tub” (1886) and one of the many Japanese woodcuts that he drew inspiration from. (Degas image courtesy of edgar-degas.net)

Other artists inspired by Eastern art form include: Henri de Toulouse-Lautrec, who implemented exaggerated colors, contours and facial expressions found in the Kabuki theater prints; Pierre Bonnard and Édouard Vuillard, who both called themselves “prophets” of a new art style and relied upon the unusual viewpoints of the ukiyo-e printmakers; and Paul Gauguin, who bypassed the current practice of lithography and adopted woodcut techniques after being attracted to the art of the Eastern culture.

To learn more about the woodcuts offered, contact one of our Gallery Consultants at (800) 521-9654 ext. 4 or sales@parkwestgallery.com. 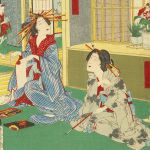 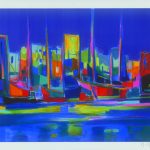