Park West Gallery was proud to join the award-winning producers of Designing Spaces® on the mini-series Military Makeover. Throughout the show, Military Makeover serves a deserving military family by completely overhauling their home. This season, Military Makeover thanked veteran Billy Phinizy for his service as an Army combat medic in Afghanistan. 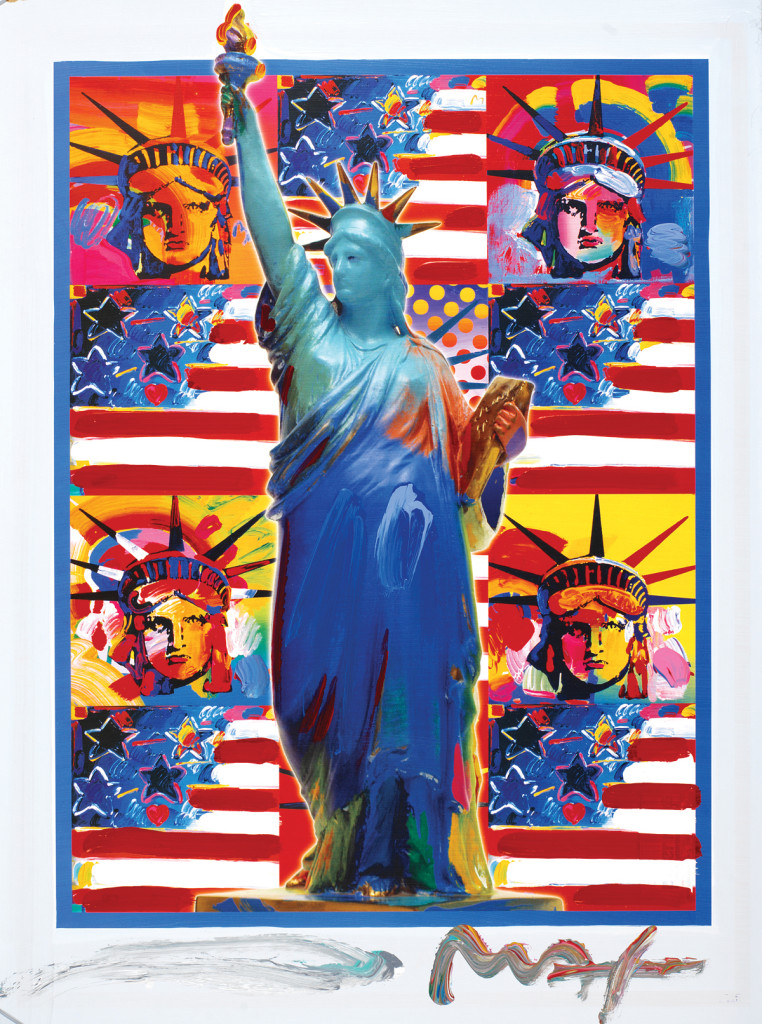 Max uses the Statue of Liberty as an icon in his 9/11 Series. To adorn the Phinizy family’s walls with eye-catching artwork, Park West Gallery presented the family with 2 of the 6 unique variations in Max’s series. 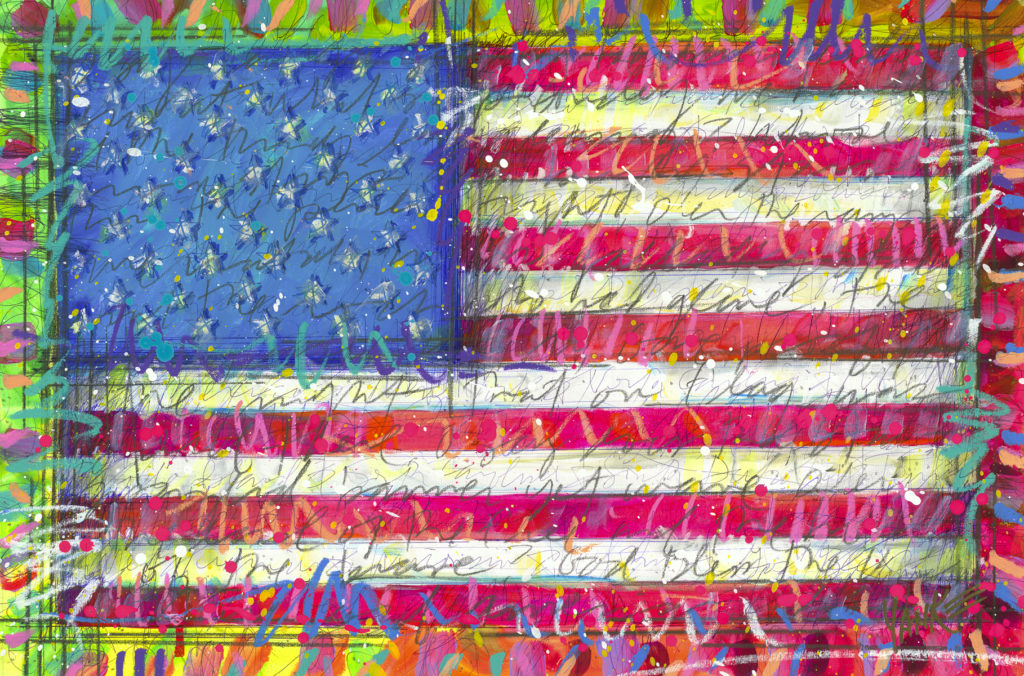 To personalize the Phinizy’s home, Yanke created a custom “Yanke Doodle” specifically for the military family. The “Star-Spangled Banner” is written across the colorful flag, creating a multi-layered work of art that adds a patriotic pop to the room.

Norman Rockwell’s “A Pictorial History of the United States Army” 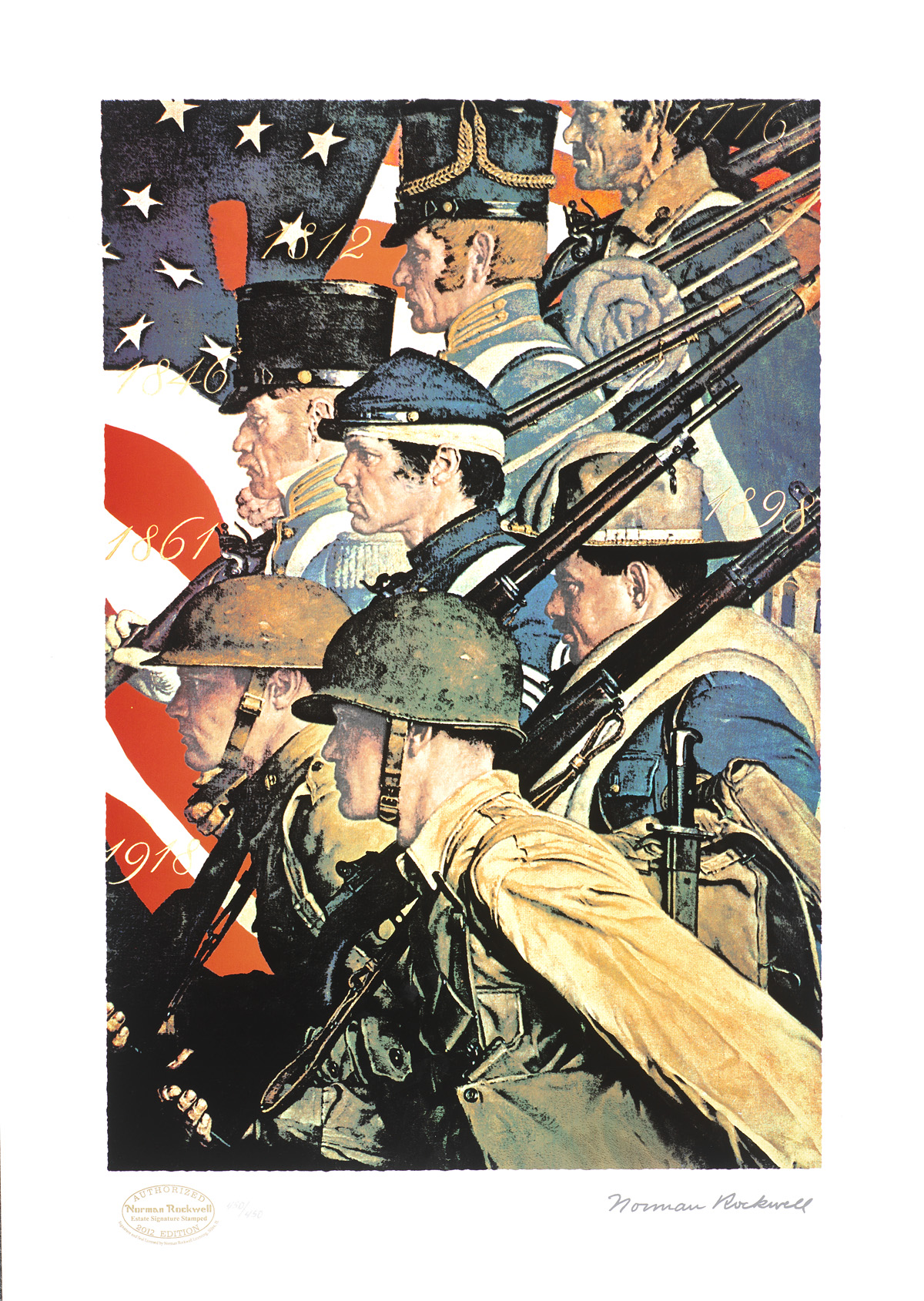 “A Pictorial History of the United States Army” (2012) Norman Rockwell

“I Love This Land” by Romero Britto 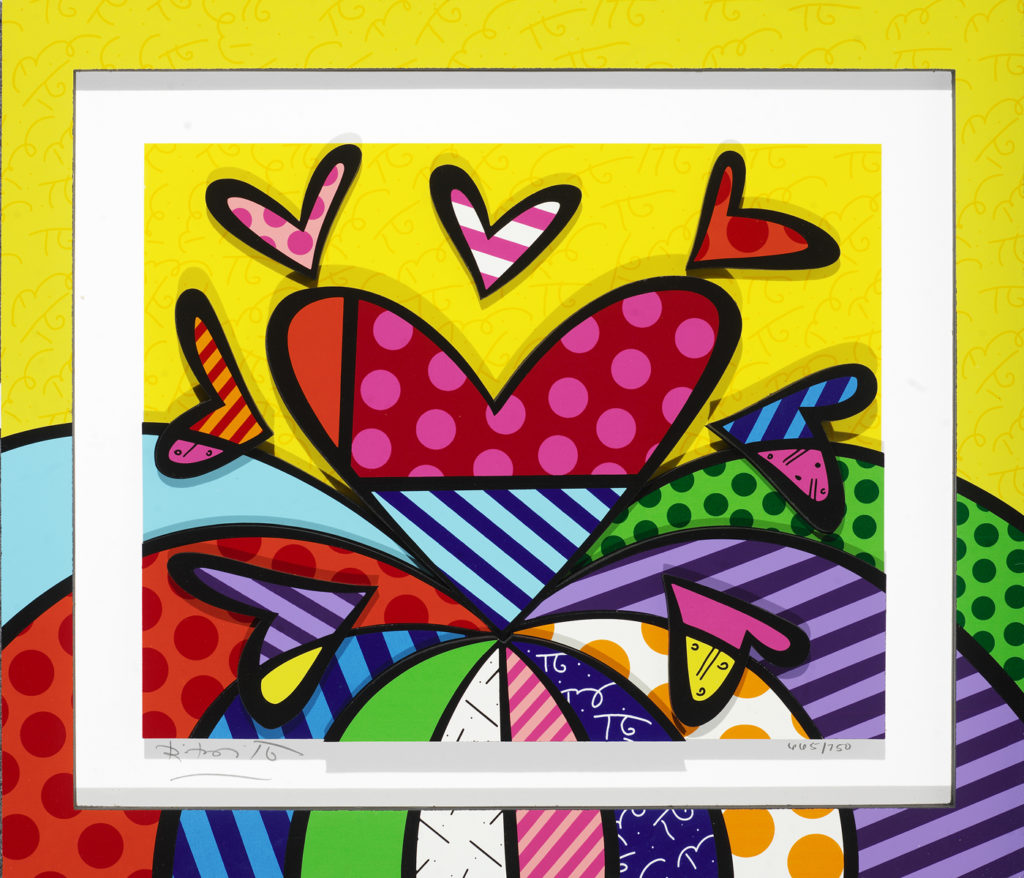 Britto’s “I Love This Land” is a heartwarming tribute to the freedoms United States citizens experience because of military sacrifices. The colorful, three-dimensional artwork adds a warm glow to the Phinizy family’s newly-remodeled home. 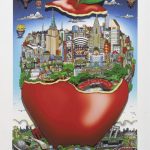 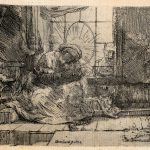