Following the record-setting sale of Leonardo da Vinci’s “Salvator Mundi” (Savior of the World) for $450.3 million, many were left wondering why anyone would pay so much for a single work of art.

Most recently, two news outlets—WJR News Talk 960 and Michigan’s Big Show—turned to the expertise of Park West Gallery Founder and CEO Albert Scaglione for answers. Scaglione said he was “somewhat shocked” but not surprised at the price. He cited reasons such as the artwork being one of the few surviving paintings by Leonardo not owned by a museum. 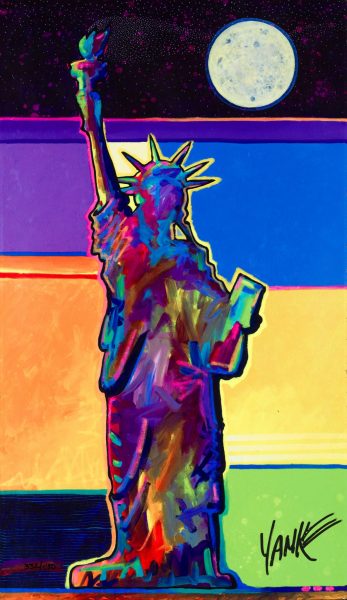 Metro Detroit’s Daily Tribune recently sat down with Park West Gallery artist Tim Yanke to discuss his Neo-West artwork. In the article, Yanke explains how losing his sister inspired him to feature themes and motifs from the American West in his art.

“I’m in Detroit, so feel a little displaced doing this style of art sometimes, but it’s in my soul—it’s in my psyche. It’s part of me. Why try to fight it? I embrace it,” Yanke says.

Yanke’s artwork, sold exclusively though Park West Gallery, is characterized by bold lines, vivid hues, and Southwestern imagery. His most popular works include his “Dragonfly” series and his “Yanke Doodle” series that depicts the U.S. flag.

Among his most recent works is “Miss America,” a painting featuring the Statue of Liberty, which brings to life Yanke’s love of his country and the values it represents.

“Whatever your viewpoint may be, it’s my point to say let’s get back to the basics,” Yanke says.

Read the full article at the Daily Tribune. 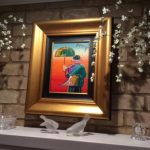 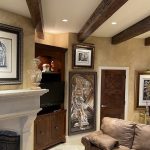